The Quest to Put Siri on all iOS Devices 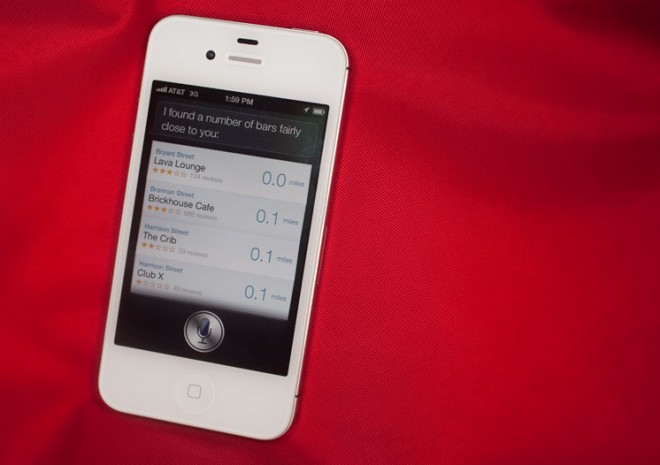 Siri is the iPhone 4S’s not-so-hidden weapon. The artificially intelligent voice-recognition system is the biggest feature separating Apple’s sparkly new handset from every other smartphone available. And people also want Siri on their iPhone 4s, iPads, and MacBooks, too.

Hackers and developers have been working tirelessly to accomplish this feat. They haven’t yet succeeded in delivering a hacked Siri to the masses, but recent attempts show they’re getting oh so close.

The iPhone 4S made its debut in early October, and landed in consumer hands Oct. 14.

Siri was earmarked as an iPhone 4S exclusive. Siri thrives when afforded a lot of processing power, and the only other iDevice that currently shares the iPhone’s 1GHz dual-core processor is the iPad 2. So why isn’t Siri on iPad 2? Well, Siri also requires an always-on data connection, and iPad 2 WiFi-only models can’t guarantee that connectivity. And then there’s the issue of a device’s microphone: It has to hear your voice in order for Siri to work, and mic location and sensitivity varies across the iDevice lineup.

But even these roadblocks, it turns out, couldn’t keep Siri bottled up on the iPhone 4S for long. 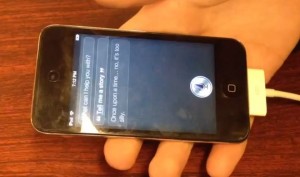 Steve Troughton-Smith, one of the hackers, said that the hack was made possible by writing “one line of code” and making “a ton of filesystem changes.”

“It does require files from an iPhone 4S which aren’t ours to distribute, and it also requires a validation token from the iPhone 4S that has to be pulled live from a jailbroken iPhone 4S, and it’s about a 20-step process right now,” Troughton-Smith told 9to5Mac in an interview. On the iPhone 4, the Siri tweak works swimmingly. On an iPod touch, the experience is “nowhere near as good as the iPhone” due to its lower-quality mic.

Unfortunately, their hack hasn’t yet been released publicly, nor have the methods they’ve employed. The team said they wanted to make sure that the hack is safe and doesn’t break other parts of iDevice experience. But they did offer video proof of their solution working on an iPod touch. 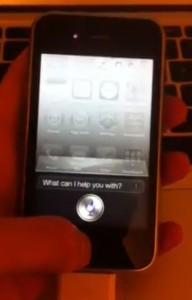 Siri was also ported onto the iPhone 4S’ grandpa, the iPhone 3GS, by Ryan Pietrich. In that case, the Siri hack wasn’t quite as successful — any background noise in a room causes Siri to fail. However, a demo video shows it working and connecting to Apple’s servers to fulfill a request.

The most successful attempt at bringing Siri to non-iPhone 4S owners started making headlines November 14. Developers with the firm Applidium were able to crack it so that any device could use Siri — and without needing to jailbreak your iOS device, I might add.

But there’s one caveat.

The team reverse-engineered the protocol Siri uses to communicate with Apple’s servers. They set up a custom SSL certification authority and added it to their iPhone 4S. They then used it sign a certificate for a fake site, “guzzoni.apple.com.” The Applidium team then decoded a bunch of binary (I’ll save you the nitty gritty, but it’s an interesting read) and found out a lot of things about how Siri works.

Siri sends tons of communication back and forth to Apple’s servers — more than you would expect. One example is that the iPhone 4S sends raw, compressed audio data. And when you’re using the text-to-speech functionality, Apple’s servers reply with a confidence score and a timestamp of each word you’ve spoken.

Applidium’s Romain Goyet said the solution took about two weeks to develop. “We were curious about how it worked internally,” Goyet told Wired.com. “And it ended up being a very interesting challenge.”

One of the biggest problems with porting Siri to non-4S devices, the team found, was that “iPhone 4S sends identifiers everywhere.” This means, if you want to use Siri on another device, “you still need the identifier of at least one iPhone 4S.”

However, if you already have an iPhone 4S and know how to access your UDID, you could use Applidium’s method to port it over to your other iDevices or even your desktop computer. And if you’re a developer, perhaps you’d be able to incorporate Siri into your own app — still on the iPhone 4S only, though.

Applidium posted their instructions online, so for the intrepid Siri fan out there, you can finally try your hand at porting the digital assistant to other devices.