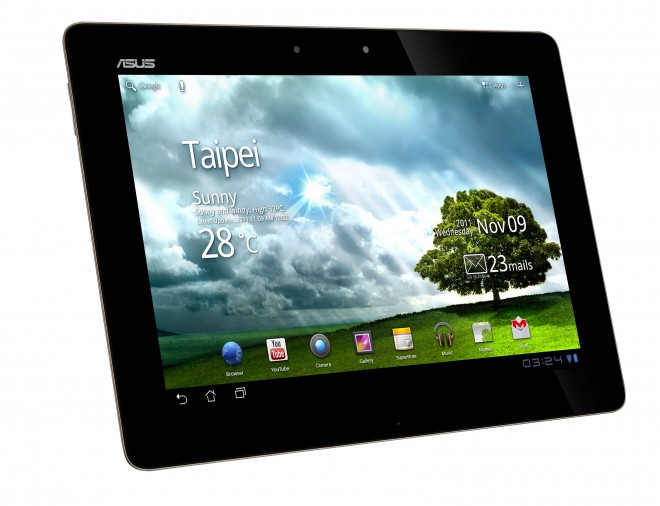 After NVidia’s Tegra 2 mobile processor first started showing up in smartphones in January, it took some six months months for the powerful chip to become a veritable industry standard in Android tablets and smartphones. Now, with a successor to the Tegra 2 ready to deploy less than a year later, NVidia aims to repeat history.

According to recently leaked pictures and reports, at least three Android tablets set to launch in the near future will come packing the Tegra 3 processor, Nividia’s recently unveiled quad-core mobile processor.

NVidia led the charge last week, unveiling for the first time the Tegra 3 packed inside Asus’ brand new Eee Pad Transformer Prime Android tablet. On Monday, pictures of another Tegra-powered tablet surfaced on Engadget, with a reported 2GB of DDR3 RAM, a back-facing camera, and even a fingerprint scanner. Lenovo’s ThinkPad tablet hasn’t turned many heads since its debut, and a Tegra 3 reboot could potentially revitalize the business-oriented brand.

Rumors also circulated on Monday that HTC could be debuting at least two, maybe even three, quad-core Tegra-powered devices come February 2012, according to The Verge. Among them are a new tablet and smartphone, though no specific details have leaked thus far. Perhaps one of those devices is the rumored HTC Edge?

With NVidia ramping up its mobile processor game, companies like Intel and AMD need to step up their game too. Intel remains the king of all things desktop, but the company’s raw processing power too often gives way to a serious drain on battery power, the absolute last issue you want to have with your mobile device. Intel is taking steps to remedy this — most recently pairing up with Android to optimize the platform for use with Intel chips — but it still has a way to go if it wants to be a real player.

Though no Tegra 3 devices outside of Asus’ Transformer Prime have been confirmed, expect more information as we inch closer to the Mobile World Congress trade show in Barcelona, Spain this February.

Read 4013 times
Published in News Technologique-Tech News
More in this category: « The Quest to Put Siri on all iOS Devices Un rave-party accusée d'avoir tuée deux dauphins »
back to top