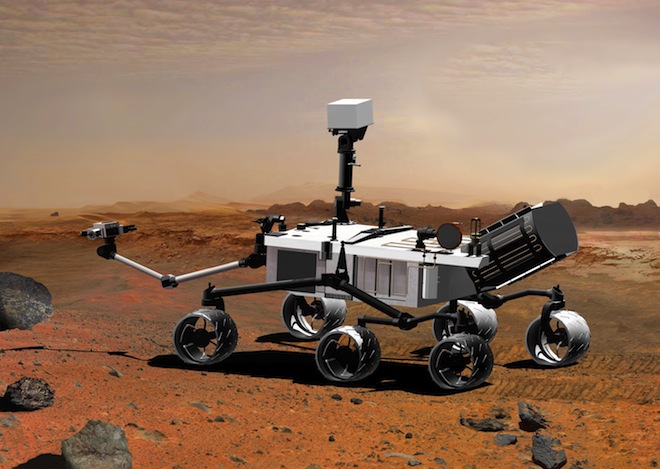 Planetary science is in a golden age. At the moment, NASA has robotic probes flying around Mercury and Saturn, spacecraft headed to Jupiter, Pluto and the moon, recently had close encounters with both an asteroid and a comet, and is set to launch the largest and most complex rover to Mars in less than two weeks.

But  all this activity could soon come to a grinding halt.

At least, that’s the fear for many within the planetary science community. Slashed budgets and a perceived lack of commitment from the Obama administration have put NASA’s planetary science division in a precarious situation. Without action, the agency could soon be launching far fewer missions to other worlds in our solar system.

“The danger to planetary science is severe,” planetary scientist Steve Squyres told members of the U.S. House of Representatives during a hearing of the Space and Aeronautics Subcommittee on Nov. 15 in Washington, D.C.

Squyres would know. As the chair of the planetary science decadal — a roadmap that outlines which missions the astronomy community would like NASA to carry out in the next 10 years — he has worked closely with the agency. While that plan asked for a major new Mars exploration vehicle and a new spacecraft to investigate Jupiter during the next decade, the agency’s current budget plans do not make either of these missions likely.

In the immediate future, NASA will need to tighten its belt. According to the latest figures, Congress is set to provide NASA with $17.8 billion in 2012, nearly a billion dollars less than the agency had requested and about $700 million lower than they received in 2011.

The agency is also struggling with how to fund the James Webb Space Telescope, which will succeed Hubble as the premier space instrument but whose cost has steadily increased to the point that NASA must find an additional $1.2 billion over the next five years to pay for it.

The situation has led NASA to inform its international partners that future Mars missions may be in danger. The agency currently has an agreement with the European Space Agency to launch an orbiting satellite in 2016 and an advanced rover that would be the first part of a Mars sample-return mission in 2018.

In September, NASA said that it would not be able to provide a rocket for the 2016 mission as planned, reportedly at the request of the White House’s Office of Management and Budget. Other planetary science missions are few and far between.

This has led some, such as the Mars Society president Robert Zubrin, to declare that NASA intends to terminate its planetary science exploration program.

The agency denies such troublesome claims.

“NASA is fully behind the 2016 and 2018 missions,” said James Green, director of NASA’s planetary science division, during the Nov. 15 hearing. But Green declined to say if the agency has received an explicit commitment from the Obama administration regarding its Mars plans.

Still, a gap in launching new missions could mean less work for planetary scientists and engineers, who could decide to turn to other countries.

“The U.S. has the best capability to do deep space exploration,” said Squyres during the hearing. “We are better at this than anybody. I wouldn’t want us to see us lose that.”