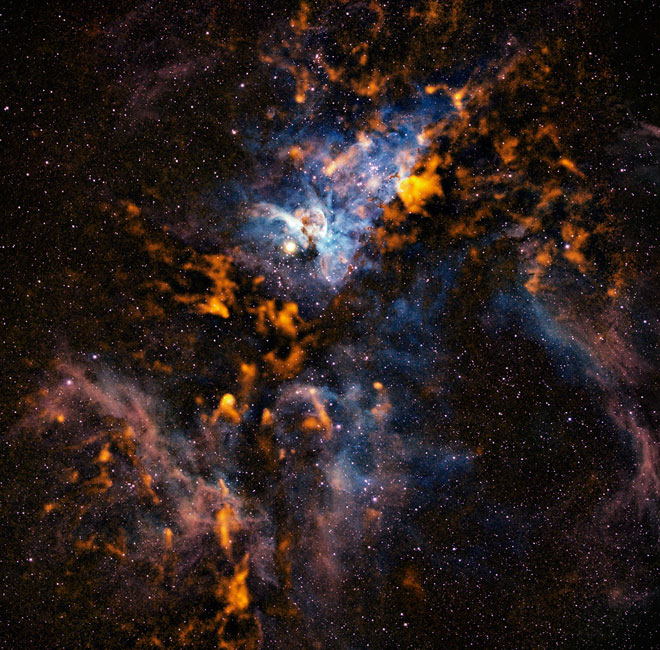 The stellar factories are 7,500 light years away in the Carina Nebula. The 150 light-year-wide object contains dense fields of hydrogen gas and dust that, when they collapse, spawn extremely large, bright and short-lived stars. Just a few million years later they detonate as supernovas. By comparison, our much-smaller sun may last for another 5 billion years. The cataclysmic blasts push nearby gas into denser masses, sparking the birth of more stars.

However, the gas clouds are typically 23 degrees Celsius above absolute zero, far too cold to see in visible light or most other wavelengths. To photograph them, astronomers used a special camera on the Atacama Pathfinder Experiment (APEX), a telescope positioned in the high desert of the Chilean Andes Mountains. (The instrument itself is a prototype for each of the 66 telescopes that will eventually complete the Atacama Large Millimeter Array.)

The camera took images of the nebula in submillimeter light, a wavelength that cold dust emits when dim starlight strikes it. When tinted with false color and layered onto a visible-light image, they reveal Carina’s star-forming regions (orange) like never before.