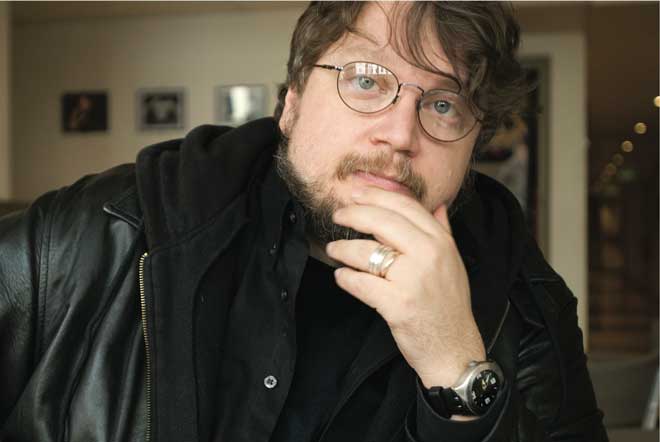 Attention overachievers: No matter how much you accomplish in a given day, month or year, Guillermo Del Toro probably still has you beat.

The prolific director and storyteller is on a mission to change how we create and consume media, so he keeps his hands in many varied projects. The way Del Toro sees it, soon we will download a comic about a movie the minute we walk out of the theater, and play a videogame that expands the story that same day.

“For big storytelling, the multiplatform [strategy] seems to be the way it’s going to evolve,” the Pan’s Labyrinth and Hellboy director told Wired.com. “You need to be able to say, ‘Did you enjoy this videogame? There’s a movie out right now!’ Or ‘Did you enjoy this movie? Then download these 10 more chapters that are interactive for you at home.’”

With the final book of The Strain Trilogy in stores, Wired.com got on the phone with Del Toro to talk about his favorite vampire stories (he’s more into I Am Legend than Twilight), science versus religion, and what he calls the “story engine.” (We also got Del Toro and Hogan to sign a complete set of their vampire apocalypse trilogy, which you can enter to win at the end of the interview.)

Wired.com: Now that The Night Eternal has been released, are you sad to be done with the trilogy or glad to have the project completed?

Guillermo Del Toro: We’re very happy. We tried a lot of different things with these books. We’re sad to let it go because we have so much involved in that world, you know? And Chuck and I are very much “helicopter parents” — every time we send a manuscript, we would send 50 notes the next day, and then we would send a new chapter a week later. And even now I would love to have added a few chapters more. But there’s nothing you can do — at some point you have to stop writing. 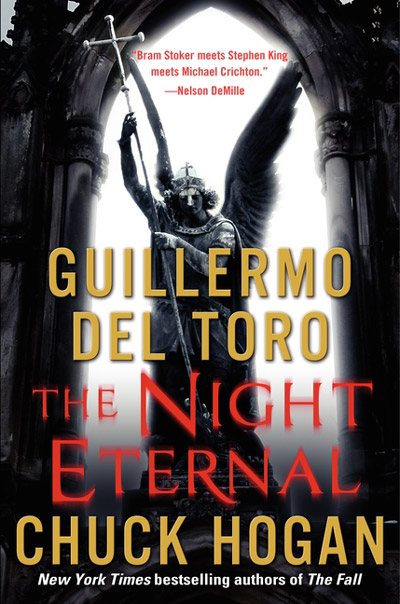 The Night Eternal is the final book in Guillermo Del Toro and Chuck Hogan's vampire trilogy.

Wired.com: What made you want to write an apocalyptic vampire tale?

Del Toro: Originally I wanted very much to try and present the origins of the vampire plague in very modern terms. And then little by little, with each book, go back to finding the spiritual in the biology and finding the biology in the myth.

And I wanted very much for the books to come full circle. There’s a passage at the end of The Night Eternal where one of the characters, Mr. Q, says, “The language of God is biology.” Essentially he says that god sends the letter, but he doesn’t send the dictionary.

I agree with that idea. And that’s what we started with. For example, if I was writing Dracula right now, how would I deal with the arrogance of science? Because science is very, very arrogant. And I thought, “Well, the best way to deal with that is with an epidemic.”

Wired.com: You mentioned Dracula just now, but I’m curious, what were your other influences for this book in terms of vampire myths?

Del Toro: These are novels that I know all too well because the seminal novels of vampirism I read when I was a kid. We didn’t revisit them, we didn’t crack them open or consult them, except by memory. I know Dracula all too well. I think that we were just talking about the traits that were forgotten about Dracula. When it was written it was an eminently modern novel. It was a novel that was using cutting-edge technology and science. It was using voice recorders, blood transfusions and telegraphs. It was talking about modern marvels. It was saying, “In this modern London, this ancient myth is coming to be alive again.” I thought it was really interesting to do that now. But we didn’t crack any of them.

The great vampire books are I Am Legend, Dracula, ‘Salem’s Lot and I think you can then go to your own preference. I love a book called The Vampire Tapestry. Then there are really quirky books like Fevre Dream by Goerge R.R. Martin. A lot of people adore the Anne Rice books. I like the Vampire Lestat in Interview With the Vampire. But we didn’t crack any book open. The only ones we did were traditional folklore tales about vampirism.