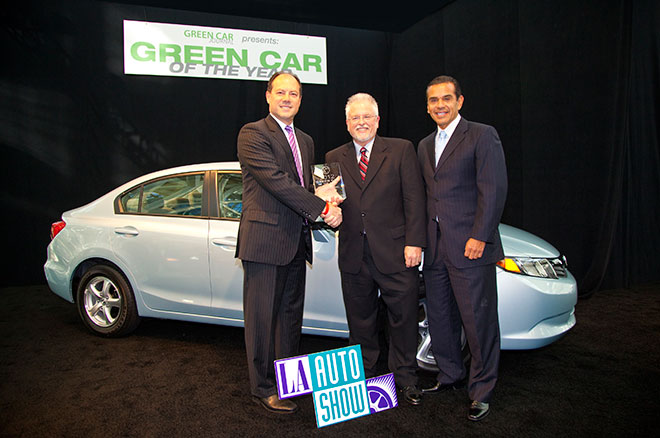 The greenest car in all the land is, according to the folks at Green Car Journal, the Honda Civic Natural Gas, that CNG-burning staple of municipal fleets.

The gassy Civic, formerly known as the Civic GX, has long been the Rodney Dangerfield of alt-fuel cars, lost in the loooooong shadow cast by enviro-darlings like the Toyota Prius and techno-marvels like the Nissan Leaf and Chevrolet Volt. But the fact is you won’t find a cleaner, greener internal-combustion vehicle on the road in America.

And that is why the Journal named the CNG Civic its Green Car of the Year.

“There is no other vehicle like the Civic Natural Gas on American highways, and this recognition has been a long time coming for Honda,” said Ron Cogan, editor and publisher of Green Car Journal and editor of GreenCar.com.

Honda, of course, lapped up the praise as V.P. of Marketing Michael Accavitti proclaimed that the CNG Civic “is not only a great vehicle, it also demonstrates Honda’s commitment to provide a variety of alternatives to gasoline.” That’s a reference to Honda’s dabbling in fuel cells, hybrids and, with the unveiling of the Honda Fit EV, electric vehicles.

Speaking of electrics, the Civic edged out the Mitsubishi i and Ford Focus electrics, along with the Volkswagen Passat TDI and Toyota Prius V. It was a veritable smorgasbord of alternative drivetrains this year, underscoring the variety of eco-friendlier choices automakers are providing consumers these days. So many people are looking for a silver bullet, when in fact the solution is silver buckshot.

Honda has been building natural gas-powered Civics since 1998, and the car is the only mass-produced CNG passenger vehicle available in the United States. Natural gas emits less CO2 per mile than gasoline, it’s cheaper and it’s almost entirely sourced in the United States. The car lists for $26,155 and gets about 240 miles per tank.

“The Honda Civic Natural Gas is a prime example of an alternative fuel that is viable, efficient and practical, making it worthy of the 2012 Green Car of the Year award,” Cogan said. 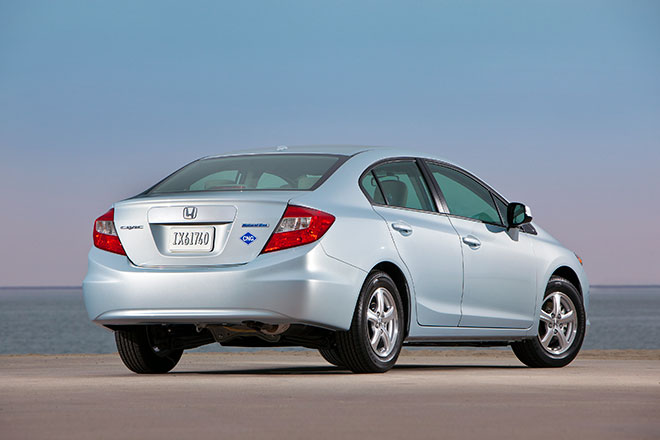 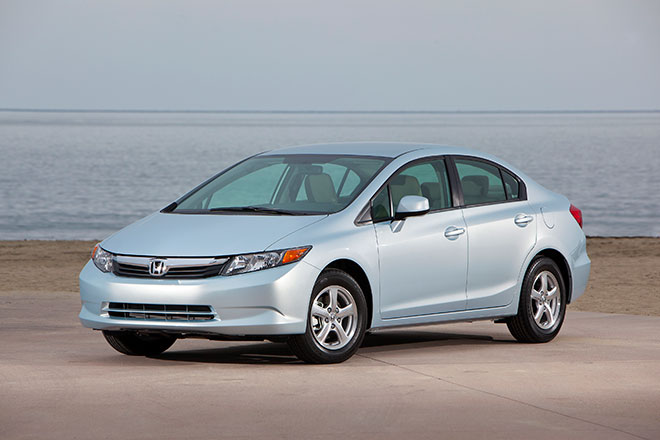 Read 3004 times
Published in News Technologique-Tech News
More in this category: « Get in, Buckle Up and Hold on as We Top 200 MPH Astronomers Make High-Resolution Topographical Map of Moon »
back to top