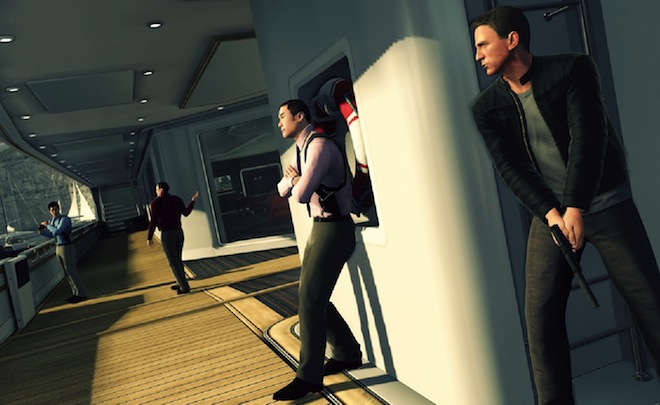 American intelligence agents have made their share of bad calls: the fall of the Berlin Wall, Iraq’s nuclear cache and chronic missteps in Afghanistan are only a few. So in the hopes of honing analysts’ predictive abilities, the spy guys are introducing a new training tactic: videogames.

Sirius is only the latest in a string of Iarpa efforts to overcome unconscious human biases — those nuanced ideas that can easily “lead to systematic errors, filter perceptions, shape assumptions and constrain alternatives” where decision-making is concerned. And when those decisions involve international security, there’s good reason for Iarpa to look towards improvements. Already, the agency has funded software that can outdo human BS-detection and launched a crowdsourced project to test public forecasting talents.

But it could be years before Iarpa-funded research comes up with soothsaying software or figures out whether we can trust mob mentality. That might explain why the agency’s also focusing their attention on spy agents themselves. This new suite of games, expected to be done by 2015, will be a comprehensive collaboration between “game designers, cognitive psychologists and experts in intelligence analysis,” to produce “engaging environments” where agents learn to take feelings out of the equation and sharpen their predictive performance.

The games will zero in on six specific kinds of bias, including the tendency to confirm preconceptions, rely too heavily on one piece of information or consider the biases of others without acknowledging one’s own.

Fortunately for agents, the game will reinforce at least one of their closely held prejudices. Indeed, Raytheon can confirm, American spies really are as dashing and debonair as James Bond. Which is why the company’s high-tech training, unlike what’s used by military grunts, revolves around “an international detective theme.”

Read 3538 times
Published in News Technologique-Tech News
More in this category: « Brett Netson Protests Just Enough With Simple Work for the Dead Proposed AT&T/T-Mobile Merger Hits Yet Another Snag »
back to top