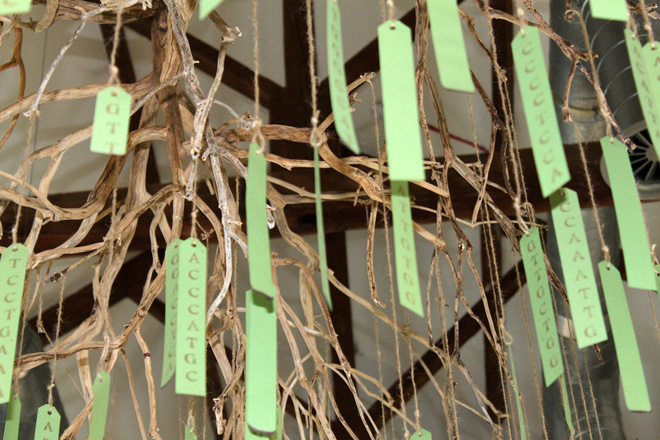 This week, more than 450 scientists and industry experts are to converge upon Australia’s University of Adelaide, for the fourth International Barcode of Life Conference. They will celebrate the boom in DNA barcoding, and discuss novel applications for the technology.

DNA barcoding essentially means identifying a species of animal, based on a snippet of DNA. A short genetic marker can be compared against the now bulging Barcode of Life Database — a comprehensive genome guide to more than 167,00 species — for identification within a few hours.

This burgeoning industry has rapidly grown to prominence in less than a decade. Back in 2003, Canadian biologist Paul Hebert proposed a public library of DNA barcodes, in a research paper, to “provide a new master key for identifying species”.

Eight years later, and it’s now something of a towering global enterprise. It’s led by the Consortium for the Barcode of Life (CBOL) at the Smithsonian Institution, has been used in numerous research projects around the globe and, in October 2011, the U.S. Food and Drug Administration officially approved its use in industry.

This could allow the barcoding technology to be used in restaurants to assure customers that the fillet or caviar they are being served is a genuine fancy fish, and not some local breed that’s been mislabeled and flogged to restaurants and suppliers by fraudsters.

David Schindel, executive secretary of the Consortium for the Barcode of Life, told the Associated Press that restaurant industry leaders and seafood suppliers have started discussions about using the technology to authenticate food. “We’re going to start seeing a self-regulating movement by the high-end trade, embracing barcoding as a mark of quality,” he claimed.

Another application that will be discussed at the conference is judging the ingredients of herbal medicines, to unmask quacks who will replace genuine chemicals with useless substitutes. A library of DNA barcodes for Malaysia’s 1,200 or so species of plant with medicinal value is in development, to help crackdown on fraud in that country.

Its value in scientific research can’t be understated. University of Oslo-based researcher Eva Bellemain will present project BarFrost, which aims to scan arctic permafrost to look for molecules of DNA and ascertain which animals lived there, and when.

“In the Arctic, fossils are scarce and time-consuming to find and analyze,” Bellemain said in a press release. “However, DNA is one tough molecule. It had to be in order to serve its purpose the last billion years and more. Incredibly, it can linger in soil for tens of thousands of years and stay relatively intact.”

It can also be used to tell which animals dine on which animals in just a few hours by DNA barcoding a predator’s dung, determine water quality by scanning for microbes and rapidly surveying long-term population trends in any number of animals or pests.

The technology will only increase in applications around the world, as more species are catalogued in the barcode database. As such, the group will outline its aims to create — by the end of the year 2015 — a reference library of 5 million standardised DNA sequences, which would be capable of identifying 500 thousand species.