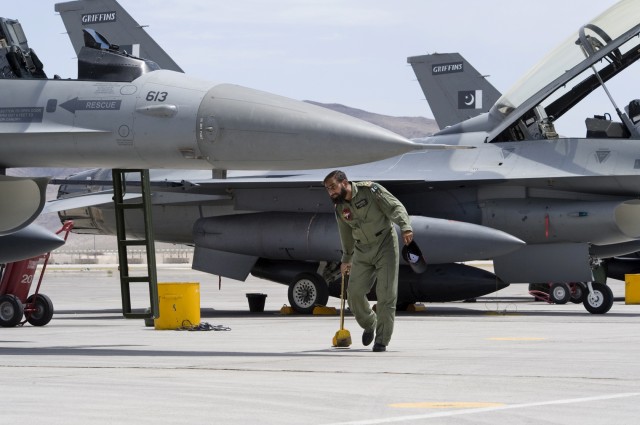 Pakistan is angry at the U.S. for accidentally killing 24 of its soldiers in a disastrous helicopter incident along the Afghanistan border. It’s certainly angry enough to cut off NATO supply routes for the war and order the U.S. out of its major Pakistani base for the drone war. But it’s not angry enough to stop U.S. drones and other planes from flying over its territory — which is one of the only steps the Pakistanis can take that really would mess up America’s shadow war on its turf.

Pentagon spokesman George Little tells Danger Room that he is “unaware that there’s been any denial of airspace over Pakistan.” As of Monday morning, Pakistan’s response to the incident has been shutting down the supply routes and getting the U.S. out of its Shamsi air base, a major launching pad for the drone war. Little added that he’s “unaware of any U.S. military personnel at that base.” A representative for the CIA, which runs the drone war, didn’t respond to a similar query.

Usually, Pakistan just threatens to kick U.S. aircraft out of Shamsi. This time, they’ve sent the U.S. an eviction notice: clear out in 15 days. It’s a clear message: kill our soldiers, and your drone war gets it. (Assuming the Pakistanis really do — finally — kick the U.S. out.)

But it’s not like losing Shamsi means the drones pack up and fly home. Most likely, they’ll migrate across the Afghanistan border, where big airbases at Jalalabad and Kandahar can serve as launchpads for drones and other U.S. warplanes hovering over the Pakistani tribal areas. The CIA already reportedly uses Jalalabad for precisely that reason; and Kandahar is the nesting ground for a super-secret stealth drone used in the Osama bin Laden raid. There are also rumors that the U.S. uses other Pakistani bases for the drone war. Losing Shamsi is an inconvenience for the drone war, not an endgame.

If the Pakistanis deny the U.S. its airspace, though, that’s a much bigger deal. Operationally, it might not matter that much, since the Pakistani Army doesn’t operate in North Waziristan, let alone bring anti-aircraft guns in the area that the drones would have to dodge.

But it would mean that the U.S. is actively prosecuting a war on Pakistani soil against the wishes of the Pakistani government. The next Hellfire missile fired at a suspected terrorist will send a four-letter message to Islamabad.

And only escalation will follow. The Pakistani border force already helps the Taliban fire rockets at U.S. troops in eastern Afghanistan, actively or passively. Those troops have already endured a four-fold increase in rocket attacks since 2010. The Pakistani military might move closer to outright cooperation with the Taliban, or attack U.S. helicopters chasing insurgents back across the border — prompting more U.S. reprisal. That’s how the U.S.-Pakistani relationship circles down the bowl.

For now, the Pakistanis aren’t taking that step. That indicates a recognition that Pakistan still needs U.S. largesse, spare parts for its American-purchased F-16s, spy gear from the U.S. taxpayer and maybe even humanitarian aid during its next natural disaster. Mutual acrimony is the currency of the U.S.-Pakistani relationship, not clean breaks.

But even if the Pakistanis aren’t keeping U.S. aircraft out of their skies, kicking American operatives out of Shamsi still carries risks for them. Assume that evicting the U.S. from Shamsi is to designed to show Pakistani citizens that their government is standing up to Washington. But the next time U.S. drones attack the tribal areas, they’ll make the Pakistani government look impotent — and stoke a popular distrust with Islamabad that the latest anti-American sop is supposed to deflect. That suggests the next border incident really could result in darker skies over Pakistan.

The American government doesn’t want to get it to that point. Later on Monday, the U.S. military command in charge of operations in the Middle East and South Asia will announce an inquiry into just what went wrong leading up to the Pakistani deaths. Secretary of State Hillary Rodham Clinton and Secretary of Defense Leon Panetta issued a joint statement offering their “deepest condolences for the loss of life” and affirming that the U.S.-Pakistan “partnership… serves the mutual interests of our people.”