General Motors staunchly defended the Chevrolet Volt on Monday, even as it offered to loan replacement vehicles to any Volt owner concerned about a federal inquiry into the safety of the car’s battery pack.

GM responded assertively and candidly to what the National Highway Traffic Safety Administration called “a formal safety defect investigation” into the Chevrolet Volt’s lithium-ion battery. The probe, announced Friday, was prompted by two fires that followed crash tests. The agency said it is not aware of any real-world crashes causing fires but is “concerned” that tests “explicitly designed to replicate real-world crash scenarios” led to fires.

The inquiry comes at a critical time for cars with cords and threatens the reputation of a vehicle GM has made the centerpiece of its push toward greater fuel efficiency. Several automakers are following the Volt and Nissan Leaf to market, and the Obama administration wants to see 1 million plug-in hybrids and electric vehicles on the road by 2015.

There has been no shortage of hyperventilating media coverage, but industry analysts said a little perspective is in order. At issue are two fires, both of which started long after the car and battery in question were crashed. This doesn’t reflect a problem with the technology, analysts said, but rather a need for protocols outlining how to deal with batteries after a crash.

“This is more of an issue with post-crash procedures, not the technology itself,” said Mike Omotoso, senior manager of powertrain forecasts at LMC Automotive.

General Motors said as much when defending the Volt.

Company execs insisted the Volt does not pose “undue risk” during normal operation or immediately after a crash. It vowed to take “every precaution to assure the driving public of GM’s commitment to the safety of the Volt” and offered loaner vehicles to Volt owners pending resolution of the inquiry.

“We are contacting all Volt owners to assure them and reassure them that our cars are safe to drive,” Mark Reuss, president of GM North America, said in a conference call with reporters.

The Volt has a five-star overall vehicle safety score from the NHTSA, and the Insurance Institute for Highway Safety named it a top safety pick. The Volt’s European cousin, the Opel Ampera, has done well in safety tests by Euro NCAP. The automaker has sold more than 5,200 Volts in the past year, and the car has been “exceptionally well received by consumers,” according to J.D. Power & Associates. 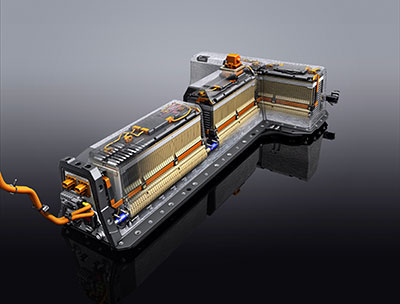 The battery pack in the Chevrolet Volt weighs 435 pounds.

It isn’t the car at issue, but its 435-pound battery — specifically, what to do with it after a crash.

The problem came to light in June when a Volt caught fire three weeks after a side-impact crash test at a NHTSA testing facility in Wisconsin. Several news outlets reported earlier this month that GM and the NHTSA replicated the crash on “at least two other” vehicles without the cars catching fire.

In a further effort to recreate the May test, the NHTSA said in a statement, investigators conducted three tests on Volt battery packs earlier this month. During the tests — performed with experts from the energy and defense departments and GM engineers at a Defense Department facility in Virginia — investigators intentionally damaged the 16-kilowatt-hour batteries and ruptured their coolant lines.

A test on Nov. 16 did not result in a fire. A test on Nov. 17 resulted in a temporary increase in the pack’s temperature. During a test on Nov. 18, the pack began to emit smoke and sparks after being rotated 180 degrees within hours of the impact. On Thursday, the pack tested on Nov. 17 caught fire.

“In each of the battery tests conducted in the past two weeks, the Volt’s battery was impacted and rotated to simulate a real-world, side-impact collision into a narrow object such as a tree or a pole followed by a rollover,” the agency said in a statement.

The agency is still assessing the cause and implications of the fire, and GM stressed that none of the fires started immediately after the crash, but days or even weeks later.

“We don’t think that there is an immediate fire risk,” Mary Barra, GM’s head of global product development, said in a conference call with reporters. “This is a post-crash activity.”

The concern here, she said, is what happens to the Volt’s battery after a severe crash. General Motors has outlined specific protocols for discharging the power from the Volt’s pack to minimize the risk of a fire, a procedure Barra said is every bit as important as draining gasoline from a wrecked vehicle. To that end, the company said it has implemented a post-crash protocol that includes “depowering” the battery after a severe crash.

“We have now shared this process with NHTSA and are working to extend this process and the needed equipment to those who handle or store vehicles after a severe crash,” Barra said.

General Motors also is investigating several design changes to increase the integrity of the Volt’s T-shaped battery pack, which runs down the center of the car. Barra told the Detroit News the automaker has “a handful of promising avenues.”

The inquiry could, in the short term, adversely impact sales of the Volt and vehicles like it.

“The computer industry got by this with all the laptop fires, but then again, everybody needs a computer and not everybody needs a Volt,” Bill Visnic, an analyst with auto analysis and commentary site Edmunds.com, told Reuters. “If nothing else, it gives somebody not all that convinced yet another excuse.”

But the long-term impact is murkier and will depend upon the outcome of the federal investigation and GM’s response to it, analysts said.

“It’s appropriate to look into these things and develop new procedures as needed. It’s likely we will end up with new storage, towing, and body shop procedures,” said Chelsea Sexton, a longtime EV advocate and former head of the advocacy group Plug In America. “This doesn’t mean battery cars are inherently more dangerous, just different.”

And many said this is not so great a problem as news reports might suggest.

“It’s not nearly as a big a deal as the media want it to be,” said Aaron Bragman, an analyst with IHS Automotive. “There is very little threat to anyone from these vehicles. There is more of a threat involved in carting around 15 gallons of highly flammable liquid.”