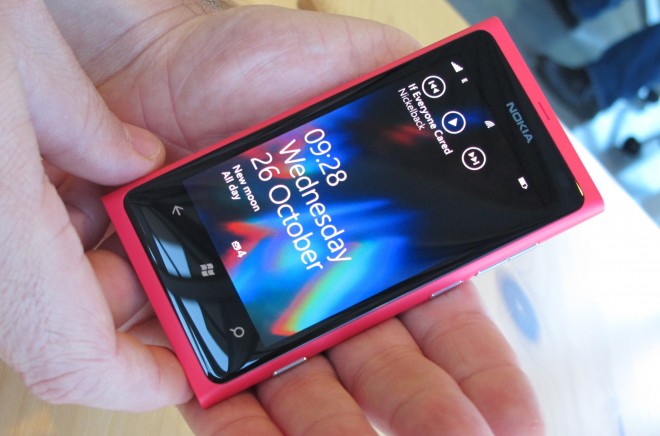 In what may have been the most modern version of Manifest Destiny to date, Google spent the better part of the last decade mapping the great outdoors. And on Tuesday, the company announced its intention to continue that quest, only indoors.

Naturally, there will be latecomers to any party. Enter Nokia, which announced its own initiative for indoor mapping services at an event in Sunnyvale, CA on Tuesday.

According to the EETimes, Nokia’s plans leverage Bluetooth technology to create a new protocol that would essentially hitch itself to the Bluetooth 4.0 wireless standard. The Finnish cell phone manufacturer has reached out to more than 30 companies to make the project a reality. If the initiative carries enough momentum, the Bluetooth Special Interest Group could set the new protocol as a standard in less than two years.

Nokia’s technology uses Bluetooth antennae to triangulate a user’s position as he or she moves through an indoor space. To illustrate its scheme, Nokia researchers equipped a room with a number of Bluetooth antennae honing in on a Bluetooth-enabled gadget — in this case, a Parrot AR drone quadricopter equipped with a Bluetooth tag. After the antennae triangulated the position of the tag, the researchers were able to then create a 3-D map of the room.

So what exactly will Nokia’s antennae be tracking as users scuttle through indoor spaces? Simple: smartphones.

Nokia is gearing up for a huge push into handsets running Microsoft’s Windows Phone OS, beginning with the Lumia 800. And just as Google bundles its branded apps with each new Android device, the new Microsoft-powered Nokia phones will come with Nokia’s own “Maps” product, which the company has been pushing hard.

Ostensibly, Nokia would beef up its own Maps app with the indoor mapping technology. Nokia’s engineers imagine equipping the interiors of major public spaces — malls, airports, and other transit hubs — with the antennae. In theory, Bluetooth positioning would be even more precise than GPS, a technology with widely varying accuracy results. That would show up Google, which currently relies on GPS tech for its Maps product.

At this point, Nokia’s initiative is still in the research stage, and far from any sort of widespread adoption. Nokia would also have to resolve the gigantic task of building out a system infrastructure — imagine the hassle of convincing countless institutions to install or upgrade Bluetooth antennae arrays. And that’s not to mention the short-range effectiveness of the Bluetooth protocol itself, which is generally limited to 10 meters.

Read 2929 times
Published in News Technologique-Tech News
More in this category: « Exclusive: Comedy of Errors Led to False 'Water-Pump Hack' Report How a Collapsing Scientific Hypothesis Ended in an Arrest »
back to top