How a Collapsing Scientific Hypothesis Ended in an Arrest 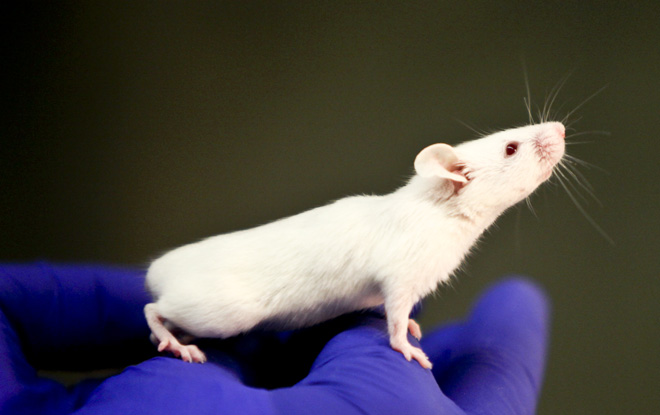 In 2006, scientists announced a provocative finding: A retrovirus called XMRV, closely related to a known virus from mice, was associated with cases of prostate cancer. But other labs, using different sets of patients, found no evidence of a viral infection. Before the controversy could be sorted out, another research group published a 2009 paper containing an even more intriguing claim. XMRV, it said, was associated with chronic fatigue syndrome (CFS), a disorder that some had claimed was purely psychosomatic.

Reaction came quickly. The CFS community, viewing a viral cause as a validation of their malady, embraced the finding. One author of the XMRV/CFS paper, Judy Mikovits, landed a position as research director of a private foundation dedicated to CFS. A company associated with the foundation started offering tests for infections.

Then the story took a strange turn. A long chain of events led not only to the collapse of the XMRV hypothesis, but it landed Mikovits in jail — and brought death threats upon some of the researchers who debunked her ideas.

As reports of XMRV findings appeared in the scientific literature, the federal government grew alarmed. It organized a special team tasked with trying to figure out whether XMRV represented a real threat to the nation’s blood supply. At the same time, a number of labs were already working on CFS patients and quickly used their existing samples to look for the virus. The hunt was on.

The first results weren’t promising. Retroviruses, as ably demonstrated by HIV, can be notoriously difficult to detect. The immune system does not efficiently generate antibodies against them and infections often persist at extremely low levels, making other forms of detection technically challenging. So it wasn’t a huge shock that some labs quickly reported having troublefinding XMRV in other CFS patients, just as they had trouble finding it in prostate cancer patients.

Repeated failure to detect the virus eventually prompted some researchers to consider alternate explanations for the original findings. The resulting work, summarized here, effectively ended most worries about the virus. Two studies showed that samples which had tested positive for XMRV also showed signs of being contaminated with genetic material from mice — remember, XMRV looks like a mouse virus. Another showed that some commercial kit suppliers had also allowed their materials to be contaminated by material derived from mice. This made a strong case that XMRV’s presence was a mere matter of contamination (though possibly one that was entirely outside the researchers’ control).

‘Even a charitable interpretation of Mikovits’ attempts to explain the discrepancy indicates a serious lapse of research ethics.’

The key piece of evidence came in an evolutionary analysis of XMRV origins. Researchers found that the most diverse group of XMRV sequences come from a single prostate cancer cell line called 22Rv1 that was grown in lab dishes. All of the XMRV sequences isolated from patients clustered within the evolutionary tree derived from the cancer cell line, meaning the ancestors of the viruses supposedly found in patients had all come from a single lab-grown cancer cell line. The clear implication is that the sequences came from the cell lines rather than patients.

How did a mouse virus get into this cell line in the first place? It turns out that 22Rv1 cells are commonly implanted into immune-compromised mice in order to test various approaches to detecting and controlling cancer. The cells probably picked up the XMRV virus during one of these procedures.

In parallel to this work, the federal government’s Blood XMRV Scientific Research Working Group continued under the auspices of the National Institutes of Health and the Department of Health and Human services. It organized the distribution of samples to nine separate labs, with the labs blinded to the disease status of the samples. The results, published in the same journal where the CFS paper first appeared, were definitive. The concluded that “current assays do not reproducibly detect XMRV/MLV in blood samples and that blood donor screening is not warranted.”

The state of play was now settled: XMRV detection was an artifact, the product of various forms of contamination, and it was derived from a cell line that had picked up the virus during experiments involving mice. At this point, there was no indication that the people who had associated the virus with any disease had done anything wrong. The appropriate response would be to accept the weight of the evidence and move on to other projects; several of the researchers did exactly that.

Judy Mikovits, however, did not.