Honda's Electric Roadster Is All Show, No Go 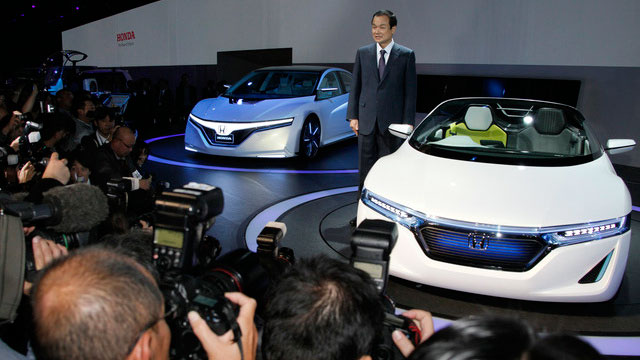 Honda’s next big idea in electric vehicles is a really slow Tesla Roadster.

We have to give Honda some credit, though. Although the company still believes hydrogen is The Answer, it is finally embracing battery electrics. And the electric Honda Fit largely hits the mark, even if it is frightfully expensive. But this? This? Oh Honda. Why must you tease us so?

The EV-STER gets high marks for styling, which was clearly inspired by the FCX Clarity and CR-Z Hybrid. It’s hard to go wrong with a small (not quite 12 feet long) wedge-shaped, mid-engine — er, mid-motor — roadster. This thing looks fast sitting still. But that’s the only time it’ll look fast, because the performance figures are absolutely stupefying. Honda didn’t offer much in the way of specs, but said the EV-STER does zero to 60 km/hr — that’s 37 mph, for the metrically challenged — in 5 seconds. Top speed is 99 mph.

Juice is stored in a tiny 10-kilowatt-hour lithium-ion battery with a claimed range of 100 miles. Honda claims a recharge time of “under three hours” at 200 volts and roughly twice that at 100 volts (Japan doesn’t have 110/220). This is all academic, because the EV-STER is a concept.

To be fair, the EV-STER is essentially an electric Kei car, a futuristic riff on the tiny 660-cc urban runabouts so popular in Japan. But still…. To make the EV-STER look this good only to give it performance on par with the equally anemic Smart ForTwo Electric Drive is wrong on so many levels. 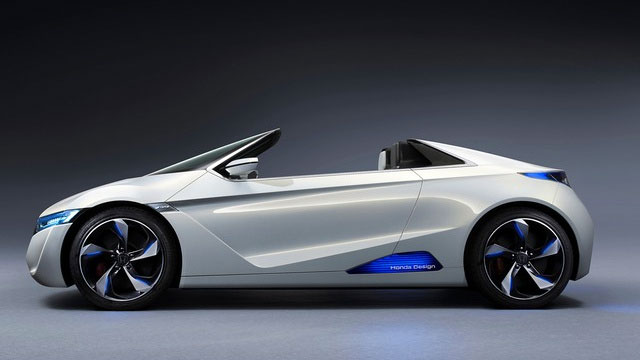 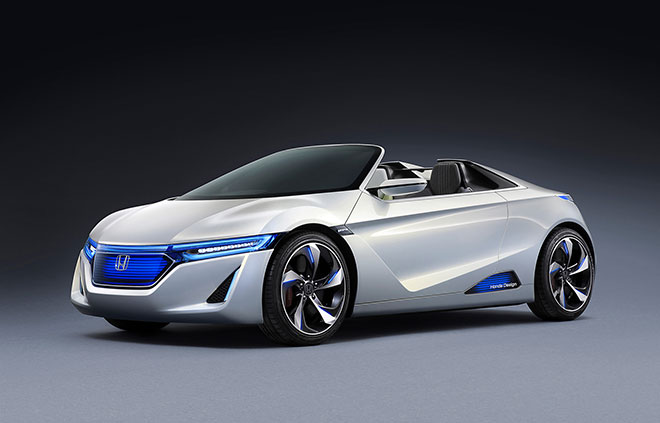 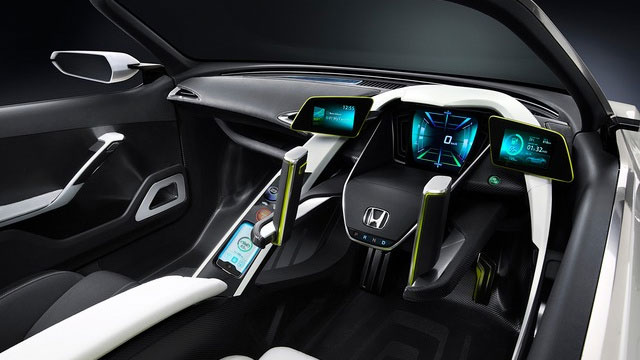 Read 3246 times
Published in News Technologique-Tech News
More in this category: « New Twist in the Search for Dark Matter Tesla Coils To Shoot 260-Foot Lightning Bolt »
back to top