New Twist in the Search for Dark Matter 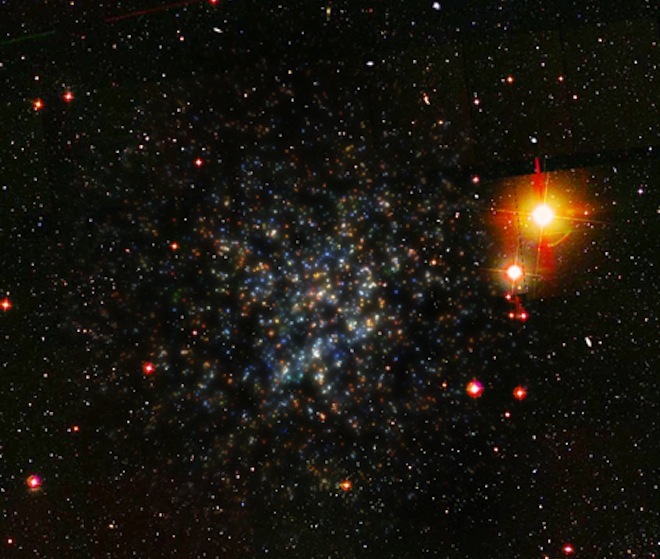 Sometimes it seems like dark matter is intentionally trying to drive physicists mad.

New research using observations from dwarf galaxies has set a lower limit on the mass of dark matter particles. But the results contradict findings from several previous experiments, which observed dark-matter particles with masses below this threshold.

Dark matter is an invisible substance found throughout the universe that doesn’t emit any light. Scientists know that if dark matter exists, then so does anti-dark matter, and putting the two together will cause them to annihilate each other and produce gamma radiation.

“We are looking for this byproduct of the annihilation,” said physicist Savvas Koushiappas of Brown University in Providence, Rhode Island, who co-authored one of the papers, which will both be published Dec. 1 in Physical Review Letters.

Using NASA’s Fermi Gamma-ray Space Telescope, Koushiappas’ team and another group from Stockholm University in Sweden looked at data taken from seven dwarf galaxies — Bootes I, Draco, Fornax, Sculptor, Sextans, Ursa Minor, and Segue 1 — which are ideal targets because they are made up of as much as 99 percent dark matter.

After subtracting out the gamma-ray light from other sources, such as pulsars and supernovas, the teams calculated the portion of gamma radiation that should be due to dark matter annihilation. If the dark matter was lighter, there should be a lot more particles and therefore more radiation. But if the mass were larger, the radiation would not be as plentiful.

The researchers estimated from the amount of radiation that a dark matter particle’s mass must be greater than 40 GeV, roughly 40 times the mass of a proton. This is strange because at least three prior experiments here on Earth have claimed to detect particles corresponding to dark matter with a mass between 7 and 12 GeV. Another observation, also using the Fermi telescope, had similarly found evidence for dark matter within this lighter mass range.

The explanation for this discrepancy may be relatively straightforward, however. The new research only imposes a constraint on one method that dark matter and anti-dark matter can annihilate, physicist Juan Collar of the University of Chicago, who leads the Coherent Germanium Neutrino Technology (CoGeNT) experiment that may have detected light dark matter, wrote in an email. This process is not the one favored by the researchers who previously used Fermi to see hints of less massive dark matter in the universe, so the existence of lighter dark matter isn’t strictly ruled out, he added.

These underlying assumptions of the different experiments may be the reason for the disagreement, agreed Koushiappas. His team was looking for the most basic dark matter particles, but it is possible that dark matter is more complex than simple models predict.

“This is just a step in the puzzle,” said Koushiappas.