Groups Petition for Right to Hack the Xbox, Back Up DVDs 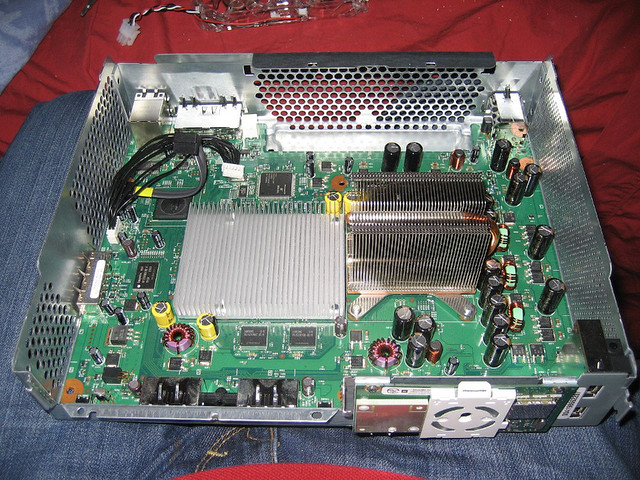 The public could be allowed to copy DVDs onto their tablets and unlock video-game consoles to run home-brewed games if regulators side with public interest groups’ new requests to amend federal intellectual-property law.

Every three years, the U.S. Copyright office entertains requests to create temporary loopholes in the law that makes it a crime to circumvent encryption technologies — even in items that you buy. Just last year, the office decreed that it was finally legal to “jailbreak” smart phones so that iPhone users could install apps that Apple didn’t approve.

This season’s big-ticket requests to amend the Digital Millennium Copyright Act include one from Public Knowledge seeking legalization of technology that lets you copy encrypted movie DVDs. That could give movie fans the ability to watch legally purchased movies on the devices of their choice and make backup copies of children’s movies — which as any parent knows can get scratched beyond playability in no time.

But many movie DVDs are encrypted with so-called CSS encryption, meaning they cannot be copied unless decrypting software is used. But even for personal use, using that software is illegal — though Handbrake is free and widely used.

In 2009, because of the DMCA, a federal judge blocked RealNetworks from distributing DVD-copying software because the Seattle company’s wares employed tools that cracked the encryption on DVD videos.

Other similar software, including the free Handbrake, can be found on the internet, but the operators market those products at their own legal peril.

Video-game consoles are locked down with encryption as well. That’s because their makers want the device to only run their licensed games — making sure that Microsoft and Sony gets a cut on every piece of software that runs on an X-Box or a PlayStation.

If the U.S. Copyright Office grants the Electronic Frontier Foundation’s game-console-modding request, that would put an end to federal prosecutions and civil lawsuits for such conduct. However, the feds could still prosecute those who bundle “mod kits” with pirated games.

Every three years the Copyright Office goes through a DMCA-exemption process and grants exemptions to the law’s ban on breaking encryption designed to protect copyrighted goods. The office is not expected to take action until next year, at a date not yet disclosed.

Last year, the office granted the EFF’s 2009 petition to allow mobile-phone jailbreaking. For an iPhone, that legalized the cracking of encryption protecting the bootloader tied to the iOS operating system.

Apple cried foul prior to the Copyright Office granting the mobile phone exemption, saying the loophole would ruin its business model. Jailbreaking allows phone owners to run any apps on their phone they want, even if they’re neither approved by Apple nor sold in iTunes.

Following Apple’s 2009 claim, however, more than 18 billion apps have been downloaded from Apple. In 2009, there were 1 billion app downloads.

Hollywood and game manufacturers are likely to object to Public Knowledge’s request to sanction DVD copying on grounds it would threaten their business models by letting DVD owners make illegal copies for friends.

The EFF’s petition also asks for an exemption on cracking tablet computers, such as iPads and the Kindle Fire.

Ever since the Copyright Office granted the mobile-phone cracking exemption, the hacking community has been treating tablet hacking as if it was legal. No tablet maker has taken legal action against developers marketing tablet-circumvention tools. But that doesn’t mean it’s actually legal.

This set of proceedings will mark the fifth time the Copyright Office has entertained DMCA petitions. It has granted about a dozen exemptions in all, including one allowing for copying clips from encrypted DVDs for educational and documentary purposes.

Because of a quirk in the 1990 law, the Copyright Office is also being asked by the EFF to re-authorize the mobile-phone jailbreaking exemption it granted last year. That’s because exemptions expire every three years.