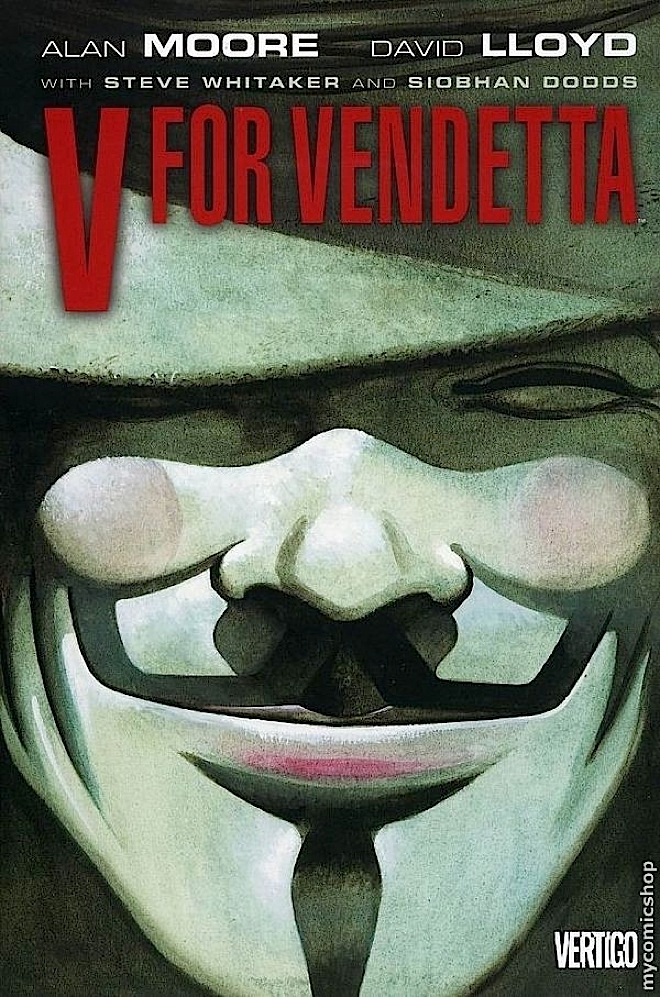 Nearly 30 years after publishing V for Vendetta, writer Alan Moore and artist David Lloyd are throwing their support behind the global Occupy movement that’s drawn inspiration from their comic’s anti-totalitarian philosophy and iconography.

Moore will contribute a long-form prose piece, possibly with illustrations, to the Occupy Comics project. His writing work will explore the Occupy movement’s principles, corporate control of the comics industry and the superhero paradigm itself.

“It’s fair to say that Alan Moore and David Lloyd are unofficial godfathers of the current protest movement,” said Halo-8 founder and Occupy Comics organizer Matt Pizzolo in an e-mail to Wired.com. “It’s really amazing to see two creatives whose work was inspiring to street protesters join a creative project that is inspired by the street protesters. It’s a pretty virtuous cycle.” 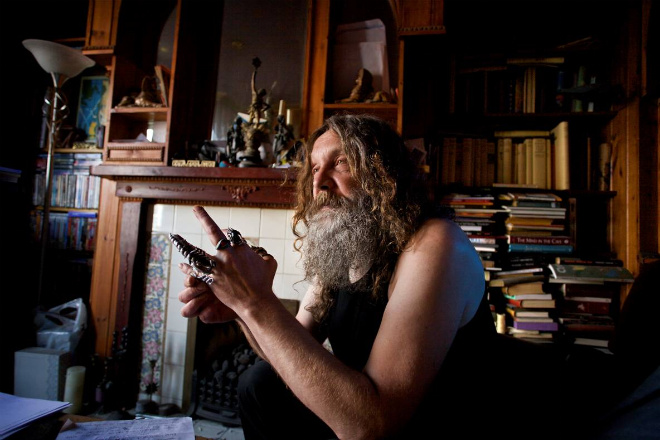 Some activists 'folded like bitches' last century, according to Alan Moore. Will this century be different?
Image courtesy Gavin Wallace/Hoax

Tireless activist Moore has long lamented our disturbing creep toward totalitarianism, exploring the topic in V for Vendetta — which unleashed the ubiquitous, grinning Guy Fawkes mask that’s been worn by members of Anonymous and the Occupy movement — as well as in Watchmen and most recently The League of Extraordinary Gentlemen Century: 1969, which darkly closed out the surreal yet optimistic ’60s to make way for a dispirited, destructive ’70s and beyond.

Moore knows more than many how much the Occupy movement means to those who watched as last century’s activist spirit was siphoned away by mindless consumption and militarism.

“My actual feelings about the ’60s are that, yes, of course we had limitations,” Moore told Wired.com in an extensive July interview ahead of LXG: 1969’s Comic-Con International premiere. “We talked a lot of shit, and we didn’t have the muscle to back it up. For the most part, we had good intentions. However, we were not able to implement those intentions. And when the state started to take us seriously and initiated countermeasures, the majority of us folded like bitches. Not all of us, but a good number. We weren’t up for the struggle that had sounded so great in our manifestos.”

‘Moore has largely vacated the comics business, but his works continue to resonate. Miller on the other hand has retroactively destroyed more childhoods than George Lucas.’

Predictably, that struggle has cropped up again in the wake of last century’s overlooked political and economic inequities, as well the still-new century’s uniquely dystopian nightmares. (Infinite detention for Americans? WTF, Congress?) Moore has rarely missed the chance to lend his name to righteous causes, as his recent support for the late, great Harvey Pekar’s memorial, as well as an excellent takedown of Frank Miller’s Occupy paranoia, illustrate quite nicely.

Moore’s support for Occupy Comics is another worthy piece of the 99 percent’s overdue payback.

“Moore elevated the discussion beyond Miller’s crude vilification to critical topics like governing systems, the madness of derivatives markets, and how currency is used to control populations,” Pizzolo said. “The juxtaposition of the two points of view is fascinating, because it’s so obvious that Moore and Miller are operating on different intellectual planes.

“Moore has largely vacated the comics business, but his works continue to resonate and wire the thinking of generations,” Pizzolo added. “Miller on the other hand has retroactively destroyed more childhoods than George Lucas. Many are reassessing what Miller was telling us when we were kids, because he, Moore and more had as much influence on us when we were formulating our worldviews as our teachers, political leaders and probably anyone outside of our parents. Comics are such a personal medium, so it’s easy to overlook how much they can affect young minds just starting to piece together a global perspective.”

Read 3689 times
Published in News Technologique-Tech News
More in this category: « Apple Licenses Touchscreen Patent in Atypical About-Face IBM Goes to the Racetrack With Super-Speedy Memory »
back to top