How Abuse Changes a Child's Brain 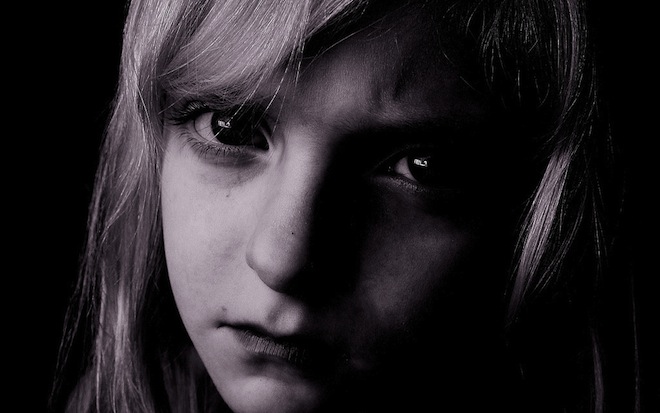 The brains of children raised in violent families resemble the brains of soldiers exposed to combat, psychologists say.

They’re primed to perceive threat and anticipate pain, adaptations that may be helpful in abusive environments but produce long-term problems with stress and anxiety.

“For them to detect early cues that might signal danger is adaptive. It allows them to react, to try and avoid the danger,” said psychologist Eamon McCrory of University College London. However, “a very similar neural signature characterizes quite a few anxiety disorders.”

In a study published Dec. 5 in Current Biology, McCrory’s team used functional magnetic resonance imaging, or fMRI, to measure blood flows in the brains of 43 children exposed to violence at home as they looked at pictures of sad or angry faces.

Previous studies have shown that abuse affects kids’ brains; as they grow up, abused children become adults with high levels of aggression, anxiety, depression and other behavioral problems. But according to McCrory, the new study is the first to use fMRI to study the form of those changes.

“Understanding the neural mechanisms might give us clues as to how someone’s future might be shaped by their experience,” McCrory said.

His team compared fMRIs from abused children to those of 23 non-abused but demographically similar children from a control group. In the abused children, angry faces provoked distinct activation patterns in their anterior insula and right amygdala, parts of the brain involved in processing threat and pain. Similar patterns have been measured in soldiers who’ve seen combat.

Another recent study found that depression in people who were abused as children is especially difficult to treat. McCrory hopes future work will give a more complete picture of abuse’s neurological effects — and, perhaps, the effects of interventions that help children heal.

“Can children change in response to an act of intervention? To a better home environment? We’re quite optimistic that’s the case, that this is reversible. But that’s something we need to test,” McCrory said.