Reliving the Momentous 1882 Transit of Venus 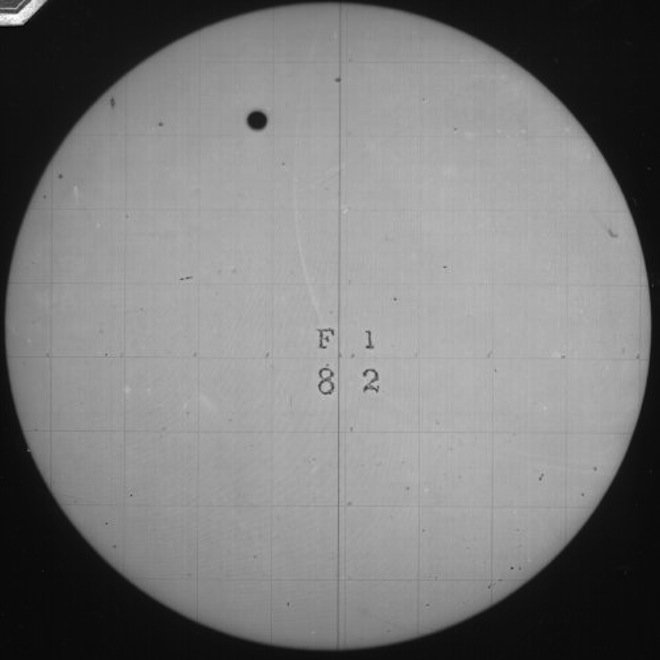 Nearly 130 years ago today, the premier event in astrophysics involved watching a tiny dot slowly sail across the surface of the sun. That dot was our sister planet, Venus, and observing its transit as it passed directly between the Earth and sun was a momentous scientific undertaking.

A transit of Venus is one of the rarest astronomical phenomena, occurring in a cycle that repeats every 243 years, with pairs of transits eight years apart separated by about 121 years and 105 years. Because of the positions of Earth and Venus around the sun, the transit usually happens twice in close succession, such as the pair in 1761 and 1769 or 1874 and 1882.

The above image comes from 1882, when astronomers were very keen to make accurate measurements of the occurrence. That’s because, until this time, they did not know the exact size of the solar system. Since the 1600s, scientists had been able to calculate the relative positions of the planets but no one knew the specific distance between them.

Using geometry, astronomers knew they could use the transit of Venus to determine how far the Earth was from the sun, producing the Astronomical Unit. We now know this distance is 93 million miles but, a century ago, countries mounted expensive and sometimes dangerous expeditions to the best locations for observing this rare event.

Using a series of 130-year-old images from the Lick Observatory in California, researchers have put together the video below depicting the 1882 transit. Watching it may help you gear up for the next transit of Venus, which will occur on June 5, 2012.

Read 2995 times
Published in News Technologique-Tech News
More in this category: « Teeth, From the Outside In Watch & Win: Cowboys & Aliens' Close Encounter of the Explosive Kind »
back to top