Leaping Cockroach Gets Around on Spring-Loaded Knees

A recently discovered South American cockroach leaps through the air like a missile, traversing nearly 50 times its body length with every hop.

Called a leaproach, the insect only infrequently scuttles like a regular roach. The rest of the time it uses two powerful hind legs with spring-loaded knees to rocket above fields of sedge grass.

“Other cockroaches that live in the same environment haven’t bothered to evolve an ability to jump, but this small cockroach has quite literally made the leap,” said zoologist Mike Picker of the University of Cape Town, leader of a Dec. 6 Biology Letters study detailing the leaproach’s hopping mechanics.

“It has got an absolutely bizarre body design that evolved around a leaping form of locomotion,” he said. 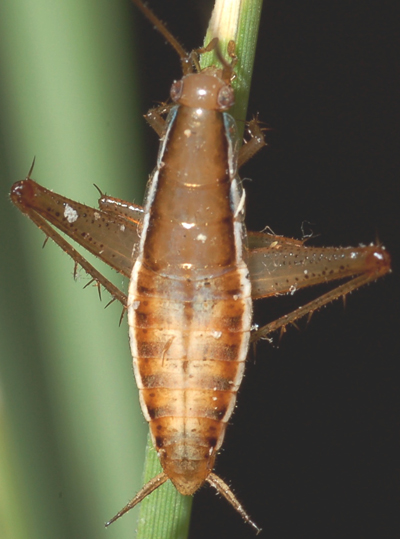 About 4,000 species of cockroaches are known to science, and all but the leaproach scuttle on the ground. Picker and his colleague Jonathan Colville discovered the leaproach in 2006 as the insects hopped around a field of sedge grass in South Africa. It wasn’t until 2010, however, that the taxonomic world accepted the new species, named Saltoblattella montistabularis.

“Leaproaches could have evolved any other jumping design, maybe like a flea’s, but they evolved in parallel with that of a grasshopper’s,” Picker said.

To find out how the leaproach’s legs worked, the researchers set up a high-speed camera to document its every movement (above). Combined with microscope photographs, the videos reveal that the leaproach’s knees are crucial to its jump.

At the knee is a wad of elastic protein called resilin. When the leaproach’s leg muscles contract, the resilin coils up like a flexed rubber band and stores the energy of flexing leg muscles.

When the moment to jump arrives, the leaproach extends its legs, activating the spring-loaded knees. A fraction of a second later, it zips through the air with an acceleration 23 times greater than that of Earth’s gravity.

Unlike grasshoppers or other roaches, leaproaches have no wings to stabilize or alter their trajectory. So the leaproach spreads out its appendages like a falling skydiver, presumably to influence where it lands. Specialized antenna sockets also give the critter a more aerodynamic shape, and Picker said a pair of “extreme” bulging eyes helps them pinpoint landing spots.

The jumping motion likely didn’t evolve to avoid predators, although that may be a benefit. More likely, says Picker, it helps leaproaches spread out to find mates and track down their favorite food: Protein-packed grasshopper poop.

“They’re in a vertically stratified environment. It’s awfully tough to get up and down [in sedge grass], so leaproaches evolved to do what grasshoppers do — jump between stems,” Picker said. 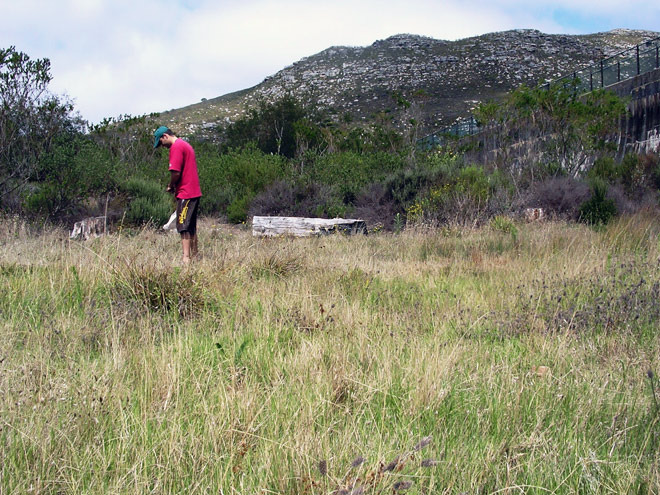 Images: Mike Picker 1) A leaproach on a blade of grass. 2) A student hunts for leaproaches in South Africa’s Silvermine Nature Reserve.