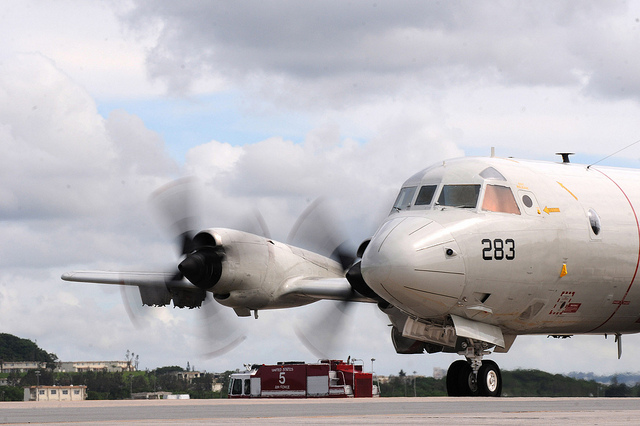 Somewhere in the bureaucratic bowels of the Department of Homeland Security is a videotape shot above the Tivoli Gardens neighborhood of Kingston, Jamaica on May 24, 2010. It could reveal whether the Jamaican security forces, acting on behalf of U.S. prosecutors, killed 73 members of a notorious crime syndicate or innocent civilians caught in house-to-house fighting. That is, if anyone in a position of power actually wants that question answered.

Over 500 Jamaican soldiers rushed into the teeming Tivoli Gardens neighborhood that day for what became known as Operation Garden Parish, a mission to capture the local mafia don, Christopher “Dudus” Coke. The mission was the result of heavy U.S. pressure: Coke had been indicted in U.S. federal court for running an international marijuana and cocaine ring. It would become one of the bloodiest days in recent Jamaican history.

What happened on May 24, 2010 garnered international headlines. But what no one knew until now was that circling overhead was a P-3 Orion spy plane, operated by the Department of Homeland Security. A lengthy investigation by journalist Mattathias Schwartz (a Danger Room friend) reveals that the Orion took footage of the hours-long battle. It has never been publicly revealed.

“I don’t know what’s on the video,” Schwartz tells Danger Room. “But given all these credible allegations of extrajudicial killings taking place on the ground, it must be released.” Schwartz’s investigation of what he describes as the “massacre” in Tivoli Gardens has just been published by the New Yorker, although it’s not yet online.

Coke is a brutal man. According to prosecutors, he used a chainsaw to kill a man believed of stealing his drug proceeds. But he was beloved in Tivoli Gardens as well as feared, as often happens in places where gangsters replace the governing machinery of failing states, and the neighborhood became his fortress.

That is, until May 24, 2010, when the American pressure on a Coke ally, Jamaican Prime Minister Bruce Golding, became overwhelming. The Jamaican soldiers who carried out Operation Garden Parish, had to overcome roadblocks set up by Coke soldiers prepared for the raid. And more than that. “I ?red my AK until my ?nger was numb,” reads a passage from a Coke gunman’s diary unearthed by Schwartz.

Then the Jamaican soldiers went inside Tivoli houses, killing people — most of whom, locals insist, were unconnected to Coke. Some of the killings occurred outside in the open air. An American citizen, 25-year old Andre Smith, was among the dead. According to Smith’s great aunt, Smith was ordered up her stairs by soldiers, although he was hiding to avoid the battle; his body was carried out in a sheet, suggesting an execution.

Schwartz recounts many such stories. Seventy-three locals and one soldier died. Soldiers took over a thousand others to detention centers for interrogations. Coke escaped the battle.

Above the melee was the P-3 Orion, filming the events of May 24 with its onboard cameras. A Jamaican photographer snapped photos of it. Schwartz filed a Freedom of Information Act request with the Department of Homeland Security and confirmed its presence. “All scenes were continuously recorded,” a Homeland Security document Schwartz acquired confirms.

The video, said to have been screened in a joint U.S.-Jamaican operations center in Kingston, has never been released. Its contents are politically dangerous for a Jamaican government still reeling from Tivoli Gardens. (Coke was eventually arrested and convicted in New York; Golding resigned.) And the documents Schwartz acquired suggest that there might have been U.S. operatives on the ground during the raid, which the U.S. denies.

But there have been no charges brought against anyone involved in the massacre. A Jamaican detective, Gladys Brown, tells Schwartz, “Nobody is able to describe who saw and who did what. It’s very di?cult to pinpoint one or two of these men who held a gun to the head and ?red.”

The video can’t adjudicate every outstanding question about the Tivoli Square raid. It can’t see into houses to determine if soldiers executed unarmed civilians or defended themselves against Coke soldiers lying in wait.

But it might answer some of the questions about exactly how 73 residents of the neighborhood and one soldier died. “My belief is that the video could help identify exactly which members of the Jamaican security forces were where, and when,” Schwartz says. “Until the identities of these individuals are made known, and some court or other investigative body compels them to give public testimony, we will not have a final answer to these disturbing and credible allegations.”

Read 3871 times
Published in News Technologique-Tech News
More in this category: « Leaping Cockroach Gets Around on Spring-Loaded Knees Google Wraps Internet Explorer in Chrome Clothing »
back to top