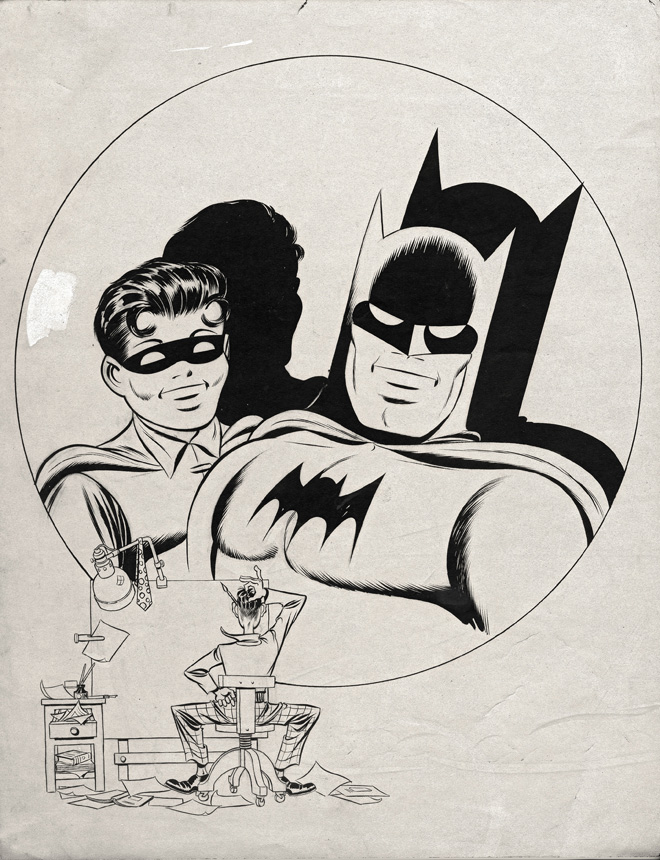 The late, great Jerry Robinson bids adieu after creating some of comics' most memorable characters.

Jerry Robinson, the legendary comic book artist who helped create pillars of the Batman mythos like Robin, Joker, Alfred Pennyworth and Two-Face, died Wednesday in New York at the age of 89.

“Jerry Robinson illustrated some of the defining images of pop culture’s greatest icons,” DC Entertainment co-publisher Jim Lee said in a statement. “As an artist myself, it’s impossible not to feel humbled by his body of work. Everyone who loves comics owes Jerry a debt of gratitude for the rich legacy that he leaves behind.” 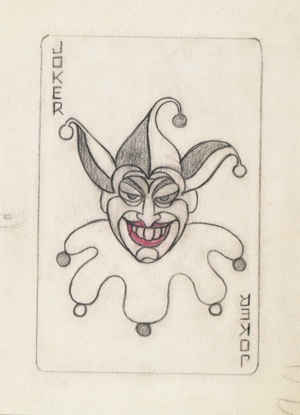 Jerry Robinson's sketch for the Joker wouldn't stop Bob Kane from claiming the supervillain's creation as his own.
Images courtesy DC Comics/Abrams Books

That legacy has grown ever since 1939, when Batman co-creator Bob Kane spotted a 17-year-old Robinson wearing a linen jacket decorated with his own drawings and tapped him to work on the fledgling Batman comics.

Kane would later try to appropriate Robinson’s considerable contributions — including the Joker, which Robinson sketched at right — as his own. But Robinson and a righteous, underdog-friendly comics fandom in and out of the industry later corrected the public record.

Robinson’s work didn’t end with The Dark Knight. He spent more than 30 years drawing political cartoons for Still Life and Life With Robinson, toiled as a creators’ rights activist, served as president of the National Cartoonists Society and literally wrote the book on newspaper comic strips in 1974, called The Comics: An Illustrated History of Comic Strip Art.

“There was an intellect behind everything he did and no one that ever called Jerry and asked for help ever got a ‘No,’” comic book artist Neal Adams told Hero Complex. “Jerry didn’t hesitate a moment, ever, if he had a chance to help someone.” Robinson joined Adams in the 1970s as the creators’ rights crusaders sought a pension for Superman creators Jerry Siegel and Joe Shuster.

Yet it is Robinson’s brilliant work on the early Batman mythos, especially the creation of comics’ greatest supervillain, that paved the way for the billions currently earned by the World’s Greatest Detective’s multimedia iterations.

“Jerry Robinson was an innovator, a pioneer in storytelling,” said Batman editor Mike Marts in DC’s press release. “His artwork was always astonishing, but his contributions to the Dark Knight mythology go far beyond art. The streets of Gotham City are a little lonelier today. Jerry will truly be missed.”