It Won't Be Easy for Iran to Dissect, Copy U.S. Drone 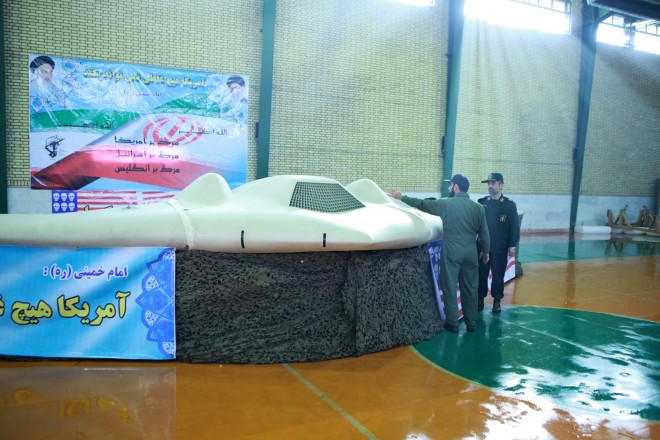 Prepare the dissection table. Iran says it’s planning to disassemble its prized acquisition: a CIA-operated drone that apparently crashed in its territory. Its goal: to learn how the drone, apparently a stealth RQ-170 Sentinel, evades radar and how its top-secret sensors work. Which has the U.S. worried about Iran copying its advanced flying robot. ”There is the potential for reverse engineering, clearly,” U.S. Air Force Chief Gen. Norton Schwartz conceded.

But Iran will probably need help from arms exporters Russia and China in breaking down the flying-wing unmanned aerial vehicle (UAV) — meaning the RQ-170?s secrets could ultimately fall into the hands of, well, pretty much every country with an interest in sticking it to Uncle Sam. Luckily for Washington, however, reverse-engineering a high-tech drone is easier said than done, according to two UAV designers who spoke to Danger Room on the condition we not print their names.

Late last week Iran released videos and photos (like the one above) purporting to show the captured Sentinel mostly intact. There are questions about the images’ authenticity. It’s possible Iran possesses a more-or-less undamaged RQ-170. But it’s also possible that they’ve got mostly debris on their hands. Obviously, the better the drone’s condition, the easier it will be to examine.

In any event, Iran probably lacks the technical know-how to dissect the flying robot on its own. But it may have some help from its friends — who would be eager to learn how the drone works for their own purposes. “In regard to reverse engineering, your best luck would be with the Chinese — and the Russians, to some extent,” says one engineer who has worked on advanced drones for the Defense Advanced Research Projects Agency, the Pentagon’s fringe-science wing.

The Russians copied many of their early-Cold War weapons from Western designs. The Tupolev Tu-4 bomber, for instance, was based on captured American B-29s. While Russia has moved on to making homegrown gear, China still routinely copies military hardware. The new J-10 fighter is a reverse-engineered Israeli Lavi jet, and there are concerns China’s J-20 stealth-fighter prototype uses technology gleaned from a shot-down U.S. F-117 stealth fighter. Chinese engineers reportedly examined the wreckage of a U.S. stealth helicopter that crashed in Pakistan during the May raid to kill Osama bin Laden.

It’s assumed both countries have already sent experts to assist the Iranians. “The flights from Moscow and Beijing to Tehran were probably quite full the last few days,” P. W. Singer, from the Brookings Institution, told The New York Times.

The drone inspectors will start by studying the Sentinel’s basic construction, particularly the details of its radar-evading shape. “Anyone can copy the shape of the vehicle or figure out the optimal geometry,” says the other UAV designer, who worked on Boeing’s X-45, a contemporary of the Lockheed Martin-built RQ-170.

“Seam treatments” — that is, techniques for making welds undetectable to radar — “are somewhat of a secret, but not too hard for someone to figure out,” the Boeing engineer tells Danger Room. “Engines and routine things like that, no big deal,” the source adds. “However, exhaust ducting is another matter.” The drone’s tailpipe is probably made of carefully tailored materials, reflecting decades of cutting-edge research.

In other words, the Russian, Chinese and Iranian experts will probably try to figure out the “recipe” for the RQ-170?s alloys and non-metal composites, which help minimize the drone’s radar signature, as does its bat-like shape. And that’s where reverse-engineering starts to get complicated. “Someone will figure out the [materials'] composition,” the Boeing engineer explains, “but producing them is entirely a different matter.”

For the drone vivisectionists, it only gets worse. After examining the (alleged) RQ-170?s airframe, they will likely focus on its sensors. We don’t know for sure what devices the Sentinel carries, but it could include video cameras and a ground-mapping radar. The Darpa robot designer says the RQ-170?s radar — if it carries one — could share subsystems with the radars on the latest F-22 and F-35 stealth fighters, which might give U.S. adversaries some insight into how those planes operate, too.

Moreover, the software includes classified anti-tamper measures. At least, it’s supposed to, according to the Boeing engineer. “Dumbest thing in the world if it didn’t.”

Bottom line: Tehran might discover that copying their captured CIA drone is harder than simply prying it apart.

Read 2122 times
Published in News Technologique-Tech News
More in this category: « Downhill Mountain Bike Is a One-Way Ticket to Funtown Baby Sloth Orphanage: The Cutest Place on Earth »
back to top