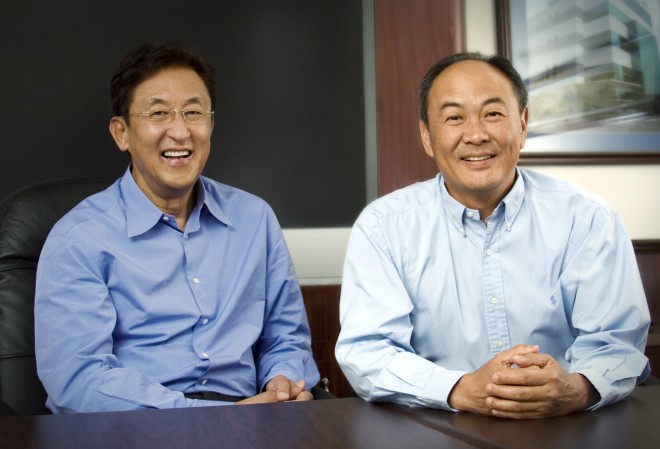 1996: John Tu and David Sun, the founders of Kingston Technology, share the wealth. They take $100 million from the sale of their privately held enterprise and give it to employees — a spontaneous gesture to those who had helped make the memory-module company a market leader.

Kingston’s 550 workers each received, on average, $130,000 — about $180,000 today. It didn’t make anyone rich, and may not have dramatically changed a lot of lives. But this substantial middle-class bonus affirmed the Silicon Valley custom of rewarding sweat equity with cold cash when the going got good, and treating every person in the food chain who took a flyer as a valued member of the team.

Perhaps the earliest worker-rags-to-riches stories of the computer age came from Microsoft, whose stock multiplied 100-fold between 1986 and 1996. By 2000 (a tad before the dot-com bubble burst) Microsoft had minted about 10,000 millionaires, according to their estimates.

AOL, Netscape (later a part of AOL) and Yahoo also produced upper-class worker bees. Still, no company was able to do so on the scale of Google, which, when its share price was in the $700s two years ago, distributed some $2.1 billion in vested shares among its 16,000 employees. That included Bonnie Brown, a pre-IPO masseuse at the Googleplex who retired in five years as a millionaire.

These days Facebook is headed for an IPO, which will create many millionaires there. Indeed, the valuation was put at $100 billion in November.

But these are big public companies (or those aspiring to be) that make deals with people on the way in, along the lines of: Let us underpay you, and here’s some paper which may or may not be worth something someday. Payment in stock warrants still remains the coin of the realm among Silicon Valley startups, and enough of them still make a big splash often enough to make the odds against winning this sort of lottery seem not nearly as astronomical as they truly are.

The bonus at Kingston in 1996, though, was not part of an initiative by big shareholders to cash in, nor by venture capitalists to get out. Kingston was a private company, controlled by two guys who had no intention of unlocking wealth and moving on by going public. Nobody would have thought twice if the pair had decided to keep all the money they got for selling their own company.

In hindsight, Kingston’s employees might have seen a practical expression of the love coming: The year before, when Kingston had reported annual revenues in excess of $1 billion for the first time, it took out ads in The Wall Street Journal, Orange County Register and Los Angeles Times that read: “Thanks a Billion!” — and naming every single employee.

In a way, the unexpected bonus is only part of the middle of the story. Sun and Tu, immigrants from Taiwan, had a passion for detail that was off the scale even for engineers. They founded Kingston in 1986 to address the then-short supply of memory modules. Their breakthrough was a new kind of single inline memory module (SIMM) that used readily available material — nothing had to be invented to make their invention.

Then Kingston became a market leader by testing everything — everything — before it was sold. By 1992 it was rated the fastest-growing privately held company in America by Inc. Magazine.

On Aug. 15, 1996, Sun and Tu sold 80 percent of the company to Softbank for $1.5 billion — a nice return on 10 years’ work building a thriving company of which they retained a healthy slice. And that could have been that, but for their decision to take $100 million and give it away to their workers.

Ironically, three years later Sun and Tu were able to buy back the 80 percent they had sold to Softbank — for a mere $450 million. By selling high and buying low, they were able to take cash out of their company in sort of the way we used to get money from with cash-out re-fi’s during the housing bubble.

So, in the same way my house bought me a car in 2002, Softbank actually paid Kingston’s employee bonuses, and Sun and Tu were able to squeeze $1 billion out for themselves while retaining (well, reclaiming) ownership of the company as if nothing had happened. Neat.

Do outsized rewards to workers work? It may be post hoc, ergo propter hoc, but as a wage slave I am compelled to point out that Kingston has remained an industry favorite in the ensuing years. It now has about 4,000 employees and has thrived financially: The firm reported record revenues of $4.5 billion for 2007 and near-record revenues for 2008. Forbes named Kingston in October as the largest privately held computer-hardware company in the United States.

Any message inferred by or about any other privately held company in any industry sector whatsoever is purely coincidental.