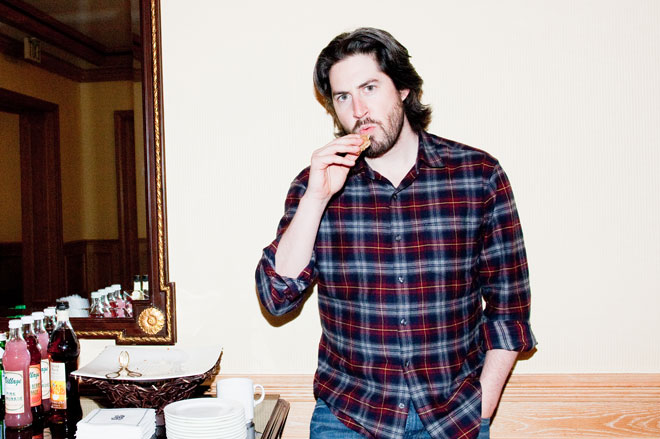 Way back in 2007, director Jason Reitman, then on an indie hot streak following the success of his satirical dark comedy Thank You for Smoking, teamed up with a little-known former blogger named Diablo Cody to make a movie.

The result was Juno — a quirky dramedy that made teenage pregnancy the stuff of sarcastic one-liners. A critical darling of a film, it won Cody an Oscar for best original screenplay and made star Ellen Page an it-girl and Reitman an it-director.

Everyone’s done some growing up since then. Cody wrote Jennifer’s Body and wrote and produced The United States of Tara. Reitman was nominated for two more Oscars (following his nod for directing Juno) for adapting and directing Up in the Air.

So it seems only right that the reteaming of Reitman and Cody — who dealt with growing up too fast on Juno — would tackle not wanting to grow up at all with Young Adult. (See what they did there?) This time their protagonist is Mavis Gary (played by a note-perfect Charlize Theron). Mavis, a one-time high school queen bee from small-town Minnesota, has become a ghostwriter of tween fiction. She returns to her hometown to win back her happily married former beau, Buddy Slade (Patrick Wilson).

During her selfish quest, Mavis discovers that you can never go home again. She does, however, find some things she missed out on in her high school days — like a peculiar friendship with self-professed geek Matt (Patton Oswalt), who suffered a vicious beating at the hands of bullies as a teenager.

The R-rated film doesn’t really offer many easy answers — or any answers at all, for that matter — about what wisdom is supposed to come with age, or why some of us never get over high school, but it does offer a brutally honest (and dark) look into what we all wonder about when we remember the most popular girl in school.

Wired.com sat down with Reitman recently to find out what it was like to work with Cody again, how much he trusted Oswalt’s nerd instincts for the character of Matt, and what it was that drew him to make Theron his lead. (Hint: She tells dirty jokes.)

Wired.com: What was it like working with Diablo Cody again?

Jason Reitman: Different, frankly. On Juno, she had never made a movie. She hadn’t even moved to Los Angeles yet. She was living in Minneapolis. On set, she was like a kid in a candy store. I mean, I think she maybe even asked if she was allowed to eat the craft service. I mean really, this is such a new experience for her, and by the time we made this — and this is just a few years later — she’s had a successful show on Showtime, she’s written many movies, produced a film and has done tons of television, tons of interviews, and now she’s a different person. And yet there was still so much joy to working with her. She writes a lot, more screenplays than anyone knows about, and she’ll just send me scripts. I’ve read scripts I don’t think anyone else has read. And this one, there was something just startling about the third act of it that I really responded to. 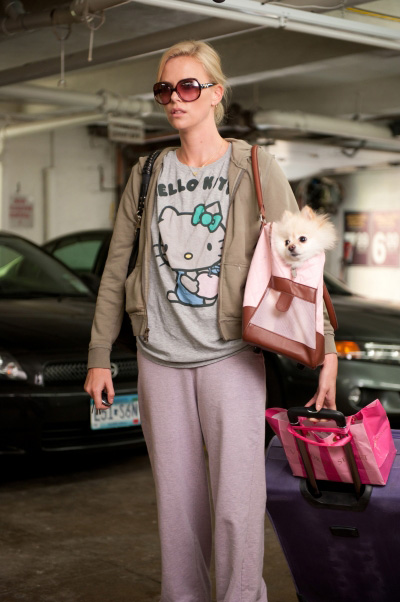 Wired.com: You said she sends you stuff. Is there anything else that you would like to work with her on down the road?

Wired.com: Do you think people will be surprised that this is the second iteration of your partnership with her? Young Adult is much darker than Juno.

Reitman: They are kind of getting prepped enough at this point that I think they realize it’s going to be different. You know, I guess, if you didn’t see the trailer, and you didn’t see the poster, and you didn’t read anything about the movie, there’s a chance that somehow you’d go to this film knowing that it was a reteam of the two people who made Juno and really be surprised. But, we’re trying to be very clear in every way we can that this is different.

Wired.com: One of the other things that is striking in the film is its different take on the idea of nostalgia. Mavis isn’t nostalgic for home necessarily, but just for this one part of it, her former boyfriend. Was that an intentional theme going into it?

Reitman: Yeah, I mean, perhaps. Most people are nostalgic in a way that they’re fond of the past, but they still are happy that they are where they are now. You know, when you say, “Oh, high school was this or that,” you don’t want to go back. No matter how much you loved high school, you don’t want to actually be back in high school. I certainly wouldn’t. But this character is actually trying to get back there. You know? Most people, I think, when they think of like a moment in their life when everything is working and they think of that as in the future and at some point they’re gonna find it. She really is looking for the on-ramp to try to get back to 17 years old and is doing it every way. She’s doing it by, you know, listening to teenagers, writing about teenagers, watching teenagers on television, dressing like a teenager, and finally going back and actually getting her teenage love.

Read 2960 times
Published in News Technologique-Tech News
More in this category: « From Kitchen to Bathroom, Social Media Invades Our Lives Warning to Gossipy Grunts: Darpa's Eyeing Your E-Mails »
back to top