LG to Show Off 84-Inch 'Ultra Definition' TV at CES 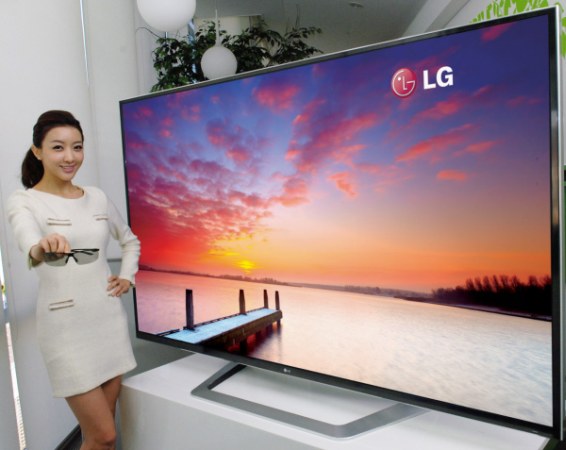 Apparently, a 55-inch OLED television isn’t wowing enough. So, in addition to the TV we reported on Tuesday, LG will also be unveiling at CES what it describes as the world’s largest 3-D “Ultra Definition” television — an 84-inch, 3840×2160 resolution 3-D display.

Popularly known as 4K — because of the some 4,000 pixels stretched horizontally across the screen — a display of this resolution contains 8 million pixels, which is four times the number of current HD displays.

4K is an emerging technology, and for now you’ll be hard-pressed to actually find 4K video content. However, the tech is useful for 3-D playback because Cinema 3-D technology and passive 3-D glasses end up lowering the resolution of what’s onscreen. Thus, the extra resolution of 4K ensures the viewer still enjoys a true HD experience, at the very least.

Currently, 4K has really only been effectively commercialized in high-end projectors from Sony and JVC, but Sharp and Toshiba have recently introduced 4K displays of 60-inch and 55-inch size, respectively. Toshiba’s set costs a whopping $11,700 and has been available since Dec. 10 (but it may never go on sale outside of Japan). Sharp’s will also initially debut in Japan, and will be available sometime in 2012.

LG’s 4K set includes a feature called 3D Depth Control, which will let users customize their viewing experiences by adjusting the set’s 3-D effect. The 84-inch display can also deliver “3-D sound” — a fancy way of manipulating stereo so it seems like audio is coming from above, below, or behind the listener.

With all these home video and audio improvements, it’s no wonder audiences may be choosing to enjoy new Hollywood titles in the comfort of their own homes rather than at a cinema. It also means you can enjoy an ice cold beer with your movie instead of an overpriced gallon of carbonated sugar water. So it’s totally win-win.