Nokia, Microsoft Build 'Beachhead' in War of the Mobiles 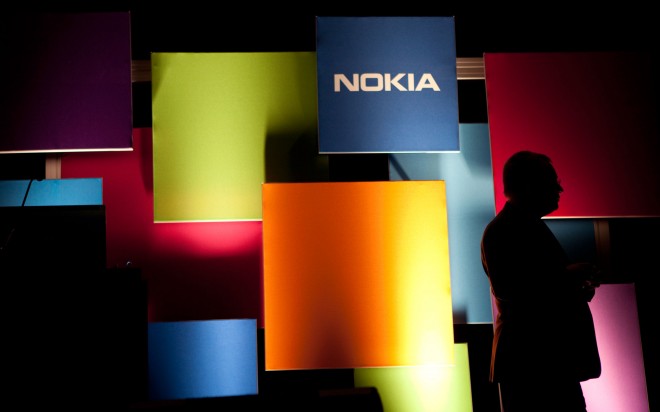 The new device, the Nokia Lumia 900, is the first Nokia-made phone to run on AT&T’s 4G LTE network, the high-speed wireless mobile network slowly expanding across the States.

The Lumia 900 runs the Windows Phone operating system, and in showing off the device, Nokia president and CEO Stephen Elop re-emphasized Nokia’s dedication to Microsoft’s mobile platform. Nokia is the only major mobile device manufacturer to bet the house completely on Microsoft’s platform alone (other Windows Phone manufacturers like HTC and Samsung also make Android phones).

“We believe that the industry has shifted from a battle of devices, to a war of ecosystems,” Elop said at a press conference on Monday. “With Lumia, our intent is to establish a series of beachheads…it started in Europe, now in the U.S., and more in the coming year.”

Elop wasn’t alone. Microsoft CEO Steve Ballmer joined Elop, his former Microsoft lieutenant, at the press conference on stage, a clear signal that the companies are betting big on one another. Towering above Elop and the rest of the crowd on stage, Ballmer delivered the rallying cry for his company’s small-but-rapidly developing platform at the event.

“The past year has really been the whole push to build what clearly can be the strong third ecosystem in the smartphone market,” said Ballmer, “with a very differentiated point of view.” 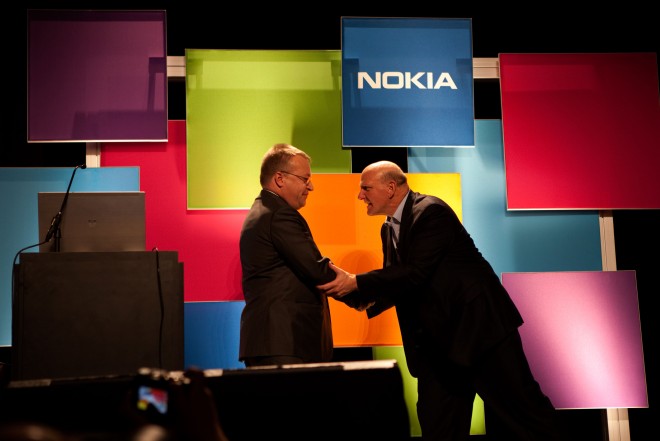 It’s been a rough couple of years for Nokia. Formerly the king of all things mobile, the company used to dominate the low-end phone industry. The company’s Symbian platform once held the top spot in global marketshare. But with the rise of the modern consumer smartphone beginning with Apple’s iPhone launch in 2007, Nokia’s grip on the U.S. mobile market has waned. Google’s Android operating system has quickly grown to the most popular smartphone operating system.

Similarly, Microsoft shares Nokia’s plight in its search for relevance in the mobile world. Formerly the titan of the tech industry, Microsoft has come to be seen as bloated and stodgy in its old age, while younger companies like Google have gained consumers’ affections. Apple has used this to its advantage, charging the market head-on with its iOS-powered devices.

As carriers like Verizon have grown out their LTE 4G networks, faster, high-end smartphones have increasingly become a staple of mobile. AT&T plans its own huge push into LTE in the coming year, and Sprint recently announced its intentions to begin deploying LTE networks in the future.

So Nokia, with its low-end feature phones still their number one best-selling item, has lost valuable traction and share, especially in the U.S. market, the fastest growing market for smartphones in the world. And without any manufacturers to truly back them until now, Microsoft’s following has flagged.

So in introducing the Lumia 900, the two companies aim to bolster the number of Windows Phone devices activated in the public, while simultaneously beefing up the number of apps in its ecosystem. Currently, the Windows Phone ecosystem is host to over 50,000 apps, according to Ballmer.

Firther, the new Lumia takes advantage of AT&T’s 4G LTE network, hopping on the trend of super-fast high-end devices. Unlike the Lumia 710 — a modest device priced at a relatively cheap $50 on contract which Nokia introduced earlier in the year — the 900 will be the premium option for consumers who want a fast device with a different look than Android or iOS.

To further underscore the push into 4G, AT&T CEO Ralph de la Vega also showed up on-stage at the event, emphasizing the significance of the Lumia 900 as the first 4G Windows Phone device.

“What we’re seeing from Stephen and his team,” said de la Vega, “is the best of nokia’s past, with a terrifically bright future.”

Though Google may have the reach — and Apple has the rabid fan base — Nokia, Microsoft and AT&T seem to have solidarity cornered. It’s the strongest showing of integrated partnerships between devices, software, and carriers we’ve seen. Problematically, Google is spread thin across multiple carriers and multiple manufacturers.

The die has been cast. The game is on. And for Nokia and Microsoft both, the gloves have finally come off. 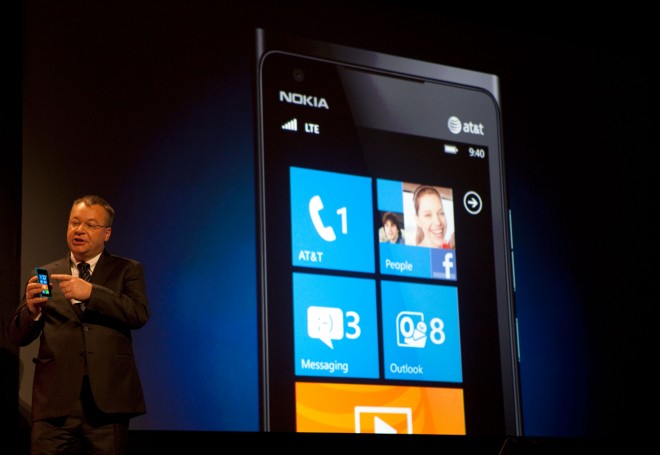 Read 18166 times
Published in News Technologique-Tech News
More in this category: « Almost One In Three U.S. Warplanes Is a Robot With CES Sendoff, Microsoft Insists It's Still Cool »
back to top