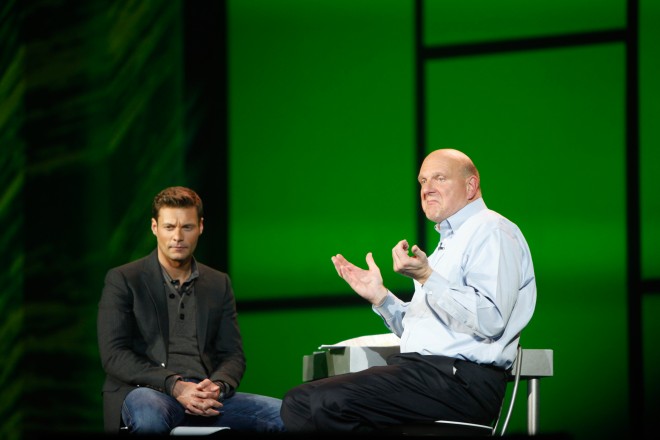 LAS VEGAS — We expected great things from Microsoft. After the company announced that this would be its last keynote at the Consumer Electronics Show — that it would say goodbye to fifteen years of speeches at the annual gadget-fest — we assumed it would go out with a bang.

Instead, we were greeted with a bid for attention from a company struggling to stay relevant in an industry increasingly infatuated with newcomers like Facebook, Google, and Amazon.

Yes, Microsoft gave us a retrospective of its keynote performances over the past 15 years — a nice bit of nostalgia — but with a who’s who of the tech industry waiting intently to see what the Redmond, Washington-based tech giant has planned for the coming year, the speech from CEO Steve Ballmer failed to deliver.

Over the past decade, big-name companies are scaling back their use of trade shows for major product release announcements. Apple even departed Macworld, the show that grew up around its products in particular. Apple instead hosts launch events at its own Cupertino HQ, as well as its developer conference held in downtown San Francisco. Google followed suit, now hosting its own events at its Mountain View campus, while hosting its own developer conference at the same San Francisco conference center.

Microsoft’s continued participation at CES — a trade show that has been around for over forty years — was somewhat analogous to Microsoft’s own position in the market at the moment: Out of touch. Antiquated. Lacking innovation.

So it’s only right that the company should step aside from CES. But it could have done so with more style.

At least Microsoft wants to change. The company has rededicated its efforts in mobile in 2011, fostering a strong partnership with Finnish mobile giant Nokia, which will produce the next wave of Microsoft-powered mobile devices. Or, as Nokia CEO Stephen Elop said on Monday, “the first real Windows Phones.” 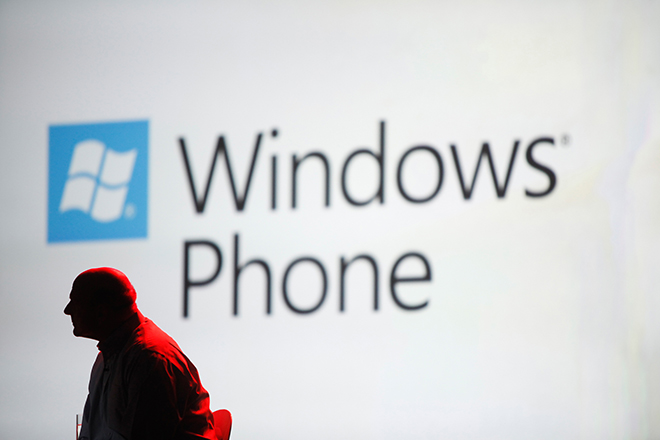 The latest initiative in mobile for Microsoft. Photo: Jon Snyder/Wired.com

The company’s effort to change is exemplified by the user interface that Windows Phone pioneered: The Metro UI. And Ballmer certainly talked it up. But that was about it.

Based on Seattle’s King County Metro system typeface, the Metro UI includes bright, varied colors, interactive tile icons lining menu screens in a live action mosaic, and a uniform, crisp font selection. By most critical accounts (including ours), it’s gorgeous — a truly impressive departure from lookalikes Android and iOS. It’s the “heart and soul” of Windows Phone, according to Ballmer says.

“You saw Metro in the phone, in Windows, in Xbox. it’s everywhere,” Ballmer said. “Metro will drive the new magic across all of our user experiences.”
As we’ve been reminded numerous times now, the Metro UI will also spill over into the next iteration of the Windows PC OS, Windows 8.

The UI has been hinted at and previewed too many times to count, and during its keynote, Microsoft pulled back the curtain again ever so slightly, showing the tiniest bit of the much-awaited operating system’s skin. For one thing, there’s a clever picture-based lock-screen, which unlocks based on touching pre-determined areas of a pic of your choosing (though it sounds silly, it’s rather charming).

What’s more, Windows 8 will run on both ARM and X86 processors — and Microsoft demoed the software using a prototype Samsung tablet powered by NVidia’s new Tegra 3 quad-core chip. And finally — and most compellingly — every PC currently running Windows 7 will be able to upgrade to Windows 8. (It’s a good thing, considering over half a billion Windows 7 licenses have sold to date).

Still, we’ll have to wait for more on the new OS — Microsoft says we’ll see “the next milestone” in Windows 8 come late February, then a launch to follow at a later (as yet unspecified) date.

In the meantime, however, the company will try and jazz up PCs by bringing some of its newest and most innovative technology to them. The company’s Kinect camera technology — the popular, inexpensive motion-sensitive camera that Microsoft has sold to accompany their XBox gaming consoles — will debut for Windows PCs this February 1.

Like Metro, Ballmer said, Kinect is “a leading example of what we like to call a natural user interface.” 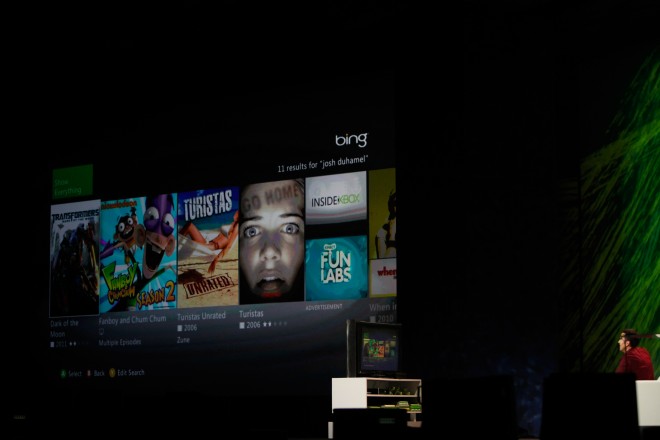 Bridging that gap makes sense. Xbox and Kinect have been two of Microsoft’s popular products, having sold over 66 million XBox consoles worldwide, and over 18 million Kinects since its launch last year.
It’s brought the company back into the innovative limelight, a space it has long since occupied.

But sadly, we’re left wanting for more with this, Microsoft’s grand finale as the CES headliner. We wanted that Oprah moment, that pop of surprise when a host pulls an ace from his sleeve. We wanted our “one more thing.”

Ballmer and company left it back in Washington, where the company remains hard at work on the OS it hopes will change its image in consumers’ eyes and minds.

Instead, much like other exhibitors at CES press conferences on Monday, Microsoft resorted to carting out celebrities like Ryan Seacrest, and parlor tricks like a tweet-singing choral ensemble. As for our one more thing — it looks like we’ll have to wait till February. 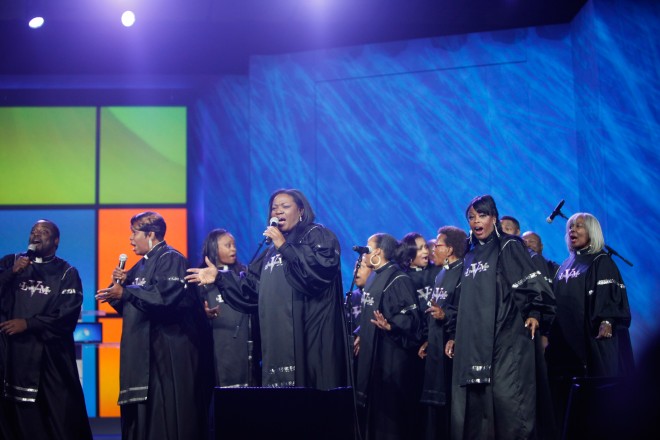 Read 16956 times
Published in News Technologique-Tech News
More in this category: « Nokia, Microsoft Build 'Beachhead' in War of the Mobiles The Wired Q&A: ICANN President Rod Beckstrom on 'the Biggest Change in DNS Since Dot-Com' »
back to top