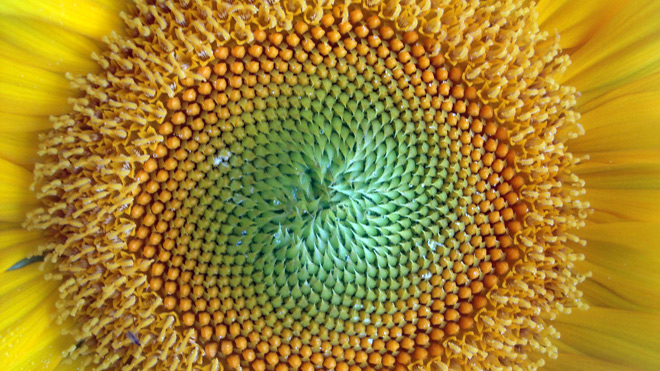 We’ve all seen concentrated solar power (CSP) plants — those rows and rows of shiny mirror heliostats all crowded around a 100-metre-high pillar, like worshippers peering up at a towering god.

The orchestra of mirrors track the sun throughout the day, bouncing rays up at the central tower where the heat is concentrated, converted into electricity and piped into the national grid. Only a small handful of these plants — like PS10, in the Spanish desert region of Andalucia — exist around the world.

Their growth is restricted thanks to their sizable footprints. “Concentrated solar thermal energy needs huge areas,” said Alexander Mitsos, the Rockwell International assistant professor of mechanical engineering, at the Massachusetts Institute of Technology, in a press release.

“If we’re talking about going to 100 percent or even 10 percent renewables, we will need huge areas, so we better use them efficiently,” he said in the release.

Mitsos and colleagues have come up with a new design for CSPs that reduces the required amount of land while boosting the amount of sunlight the heliostat mirrors collect. In perhaps the most beautiful example of biomimicry yet, it’s inspired by sunflowers.

The researchers at MIT, in collaboration with RWTH Aachen University in Germany, looked at the layout of current CSP plants. They put spaces between the mirrors and staggered them like seats in a movie theater. This pattern results in shadows being cast on some mirrors, reducing the reflection of light.

Mitsos’ lab developed a computational model to evaluate the efficiency of heliostat layouts — the system divides each mirror into discrete sections and accurately calculates the amount of light each section reflects at any given moment.

Mitsos and colleague Corey Noone used numerical optimization to fiddle with the placement of the heliostats. They brought the fanned-out layout closer together, building a spiral-like pattern that reduces land by ten percent without affecting efficiency.

Next they looked to nature to improve the design further. The florets of a sunflower — small flowers at the center of the petals, which mature into seeds — are arranged in a stunning spiral fashion that’s impressed mathematicians for years.

The arrangement — a form of Fermat spiral — has each floret turned at a “golden angle” – about 137 degrees – with respect to its neighbor.

The researchers twisted each mirror to be 137 degrees relative to its neighbor and it made a huge difference. The optimized layout takes up 20 percent less space than the current layout of the PS10 in Spain, and even increased total efficiency.

The researchers have published their results in the journal Solar Energy, and have recently filed for patent protection on the design.

Read 17793 times
Published in News Technologique-Tech News
More in this category: « NASA Helped SSX Designers Turn World's Peaks Into Playgrounds Get Photos Sent Directly From Mars to Your Phone »
back to top