Get Photos Sent Directly From Mars to Your Phone 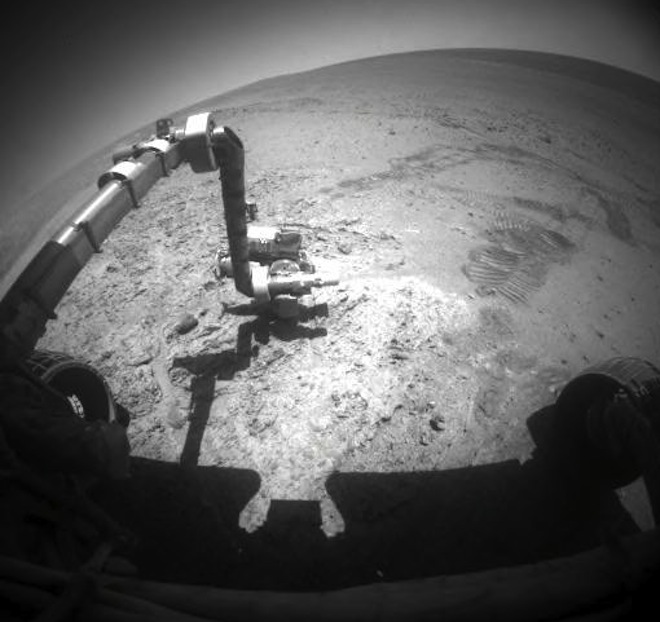 Text messaging and e-mail is so yesterday. Why not use your smartphone to get pictures from the surface of another planet?

The Mars Images app fetches images from the NASA Opportunity rover’s latest downlink as soon as they’re available. On Mars since 2004, Opportunity has far exceeded its planned mission life and is still making groundbreaking discoveries, such as the recent unambiguous evidence that water once flowed on Mars.

Developed by computer scientist Mark Powell of NASA’s Jet Propulsion Laboratory, the app also allows you to browse older photos from the rover’s archive. It is free and available for both iPhone/iPad and Android phones.

NASA will add the image archive from Opportunity’s twin, the now defunct Spirit rover, in later versions of the app. The agency is also planning to release a similar app for the Mars Science Laboratory, once it gets on the ground and starts snapping photos in August.