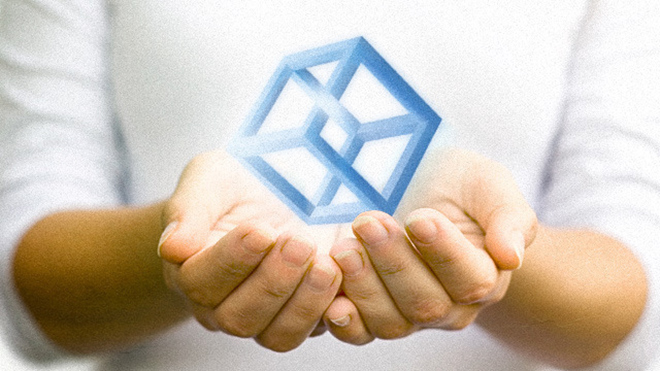 One of the issues that has prevented the full participation of females in math and the sciences is the persistent belief that males have innate math skills that are superior to those of females. Even as studies show that the math gap disappears in countries with greater gender equality, it seems to persist in higher education, which allows it to be transmitted to new generations.

But, even as basic math skills have evened out in many countries, differences in spatial reasoning abilities have not followed as quickly, even in places like Sweden and Norway, where math skills are now equal. This raises the prospect that there is some biological difference between the sexes — it just isn’t basic math. A new study in PNAS, however, suggests that spatial reasoning differences may also be the product of society.

The study takes advantage of a convenient natural experiment. There are two tribes in Northeast India that are very similar in many ways. They both share the same agrarian lifestyle and diet, reside in close proximity, and DNA tests indicate that they are closely related. The biggest difference between them is culture. Among other differences, the Karbi are patrilineal; women do not typically own land, and the oldest son inherits the family’s property after the death of the parents. The Khasi could not be more different in this regard. Men are not allowed to own land at all, any money or goods earned by a male are handed over to his wife or sister, and inheritances go to the youngest daughter in the family.

The authors of the new paper have gone to the areas occupied by the different tribes, and surveyed occupants from four villages in each. They were given the task of solving a simple three-dimensional puzzle that involved four blocks, with portions of a picture on a single face. The subjects would have to identify the correct side of the block, rotate it to the top, and then arrange the pieces to re-form the picture. To provide a bit of incentive, the authors would give anyone who could solve it in under 30 seconds the rough equivalent of a quarter of a day’s wages in the area. All told, nearly 1,300 villagers agreed to participate.

In the patrilinial society, men outperformed women on this task, taking 35 percent less time to complete it than the females. That difference vanishes when the test is given to the matrilinial tribe members; there was simply no significant difference between the sexes.

The authors looked at some of the cultural factors that might be expected to explain the difference between the two societies. Males are likely to receive more education in the patrilineal society, and the authors found that introducing education as a factor in their analysis accounted for a third of the difference. Male ownership of the home also had a large effect; the gender gap is only a third the size in homes that are not owned solely by males.

Other factors don’t seem to have a significant impact. Those who would be inheriting the property, either male or female, didn’t outperform their siblings of the same sex. A separate test of competitiveness did not seem to have any correlation with the performance in the puzzle solving test.

In their conclusions, the authors are careful to state that the work demonstrates that culture influences spatial performance “in the task that we study.” That task definitely requires spatial reasoning, but it certainly doesn’t tax the full suite of abilities that humans can master. They also note that their work is correlative, and its implications “should be taken with a grain of salt, because causality cannot be ascertained.” I’d add that the abilities of the tribes in Northeast India are only ever going to provide a small snapshot of the full range of human diversity.

What the study does do is narrow the range of things that we can readily describe to innate abilities. It also provides a clear indication that at least some spatial skills appear to be significantly influenced by cultural factors. There may yet be places where innate differences in math and spatial reasoning exist between the sexes, but those places are becoming ever smaller.