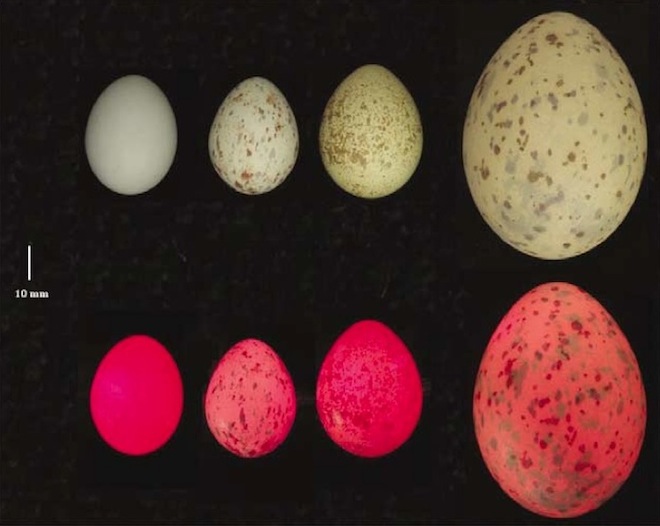 Want to see an enduring source of scientific dispute and perplexity? Go to your refrigerator, open a carton of eggs, and look at their speckles.

Ubiquitous, deceptively simple, and in many species beautiful, bird-egg coloration has been studied for more than a century. Its function is only partly understood, however, and most researchers may have ignored something fundamental: what’s happening inside the egg.

In “An embryo’s eye view of avian eggshell pigmentation,” a sprawling review of dozens of studies published Sept. 14 in the Journal of Avian Biology, biologists Golo Maurer and Phillip Cassey of Australia’s University of Adelaide present no fewer than seven possible explanations for eggshell color. Each focuses on how colors might shape an embryo’s fate by modulating sunlight hitting its shell.

Their ideas stand in contrast with most earlier explanations, the fates of which were shaped by a late-19th century debate between the great biologist Alfred Russel Wallace and little-known naturalist Alexander M’Aldowie. According to M’Aldowie, eggshell pigment shielded embryos from harmful radiation. According to Wallace, they provided camouflage from predators. 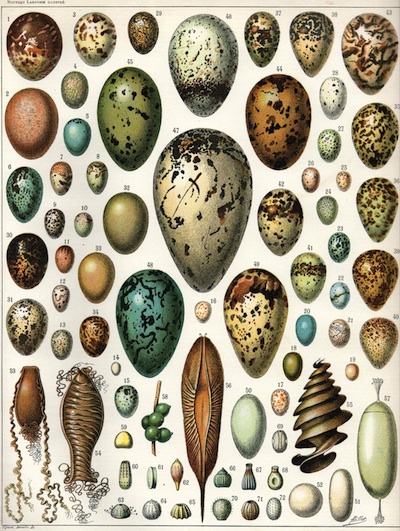 Wallace’s arguments won, and subsequent research — apart from an appreciation of pigment’s role in retaining heat, thus keeping unattended eggs at steady incubatory temperatures — has tended to consider pigmentation from the outside. Among the explanations are camouflage, warnings of unpalatability, and an evolutionary arms race: Parasitic birds that lay their eggs in other nests try to mimic the eggs of other species, while those other species develop patterns to distinguish their own eggs from the parasites’.

For Maurer and Cassey, those explanations are correct, but only part of the story.

The researchers say pigmentation could, per M’Aldowie’s original idea, help filter mutation-fueling ultraviolet light. But some light seems to be necessary: Even the blackest eggs, like those of emus, allow some light through.

Because pigmentation tends to be markedly different at each of an egg’s ends, differences in filtered light could provide an embryo’s earliest directional cues, helping cells and structures to align. Certain wavelengths may accelerate embryonic development, shrinking the window of opportunity for egg-snatching predators. Variations between eggs could help synchronize or stagger hatching: In gulls, for instance, the second of three eggs in a clutch is consistently darker than the others.

Light and shadow could also help an embryo learn to differentiate light from dark, calibrate circadian rhythms, stimulate DNA repair and even shape bacterial communities inside each egg. Topping it all off, pigmentation varies according to rainfall and weather. Perhaps it allows birds to make on-the-fly adjustments to local and seasonal circumstance.

But before these hypotheses can be tested, something basic needs to be established: Just how much light does a given egg get, anyways? Even that seemingly simple fact isn’t known on a species-by-species basis, “and will likely prove an intriguing and productive field of research in itself,” write Maurer and Cassey. 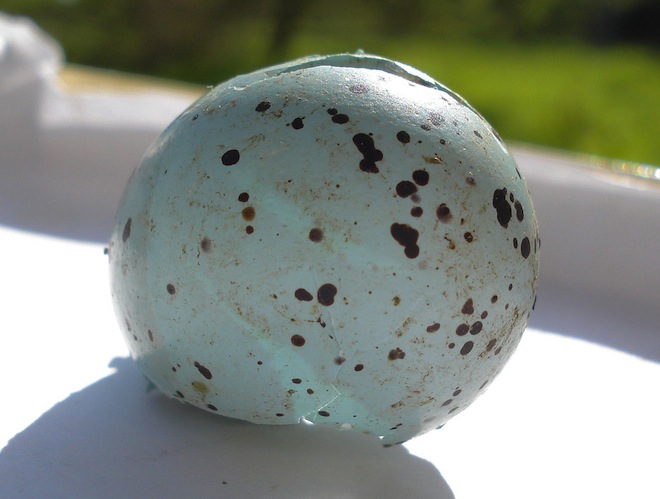 Image: 1) Eggshells of (left to right) doves, corncrakes, red-legged partridges, and lesser black-backed gulls. The yolks have been removed and, in the bottom panel, a red diode placed inside, demonstrating how light of that wavelength passes through the shell. (Maurer et al./Journal of Avian Biology) 2) Mick E. Talbot/Flickr