Amazon's Android Tablet May Be the Best and Kill the Rest 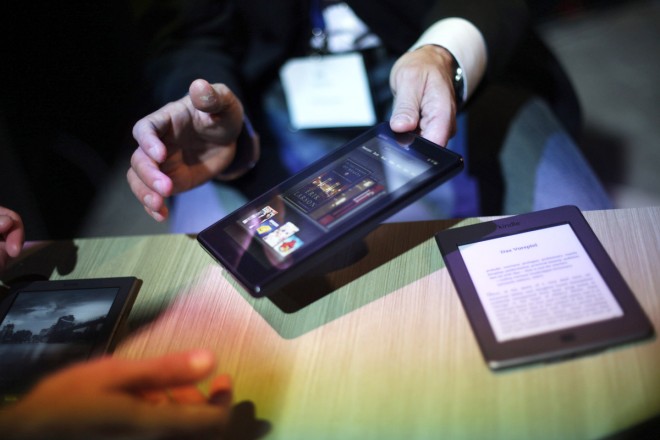 And the Fire has the potential to engulf all its Android tablet brethren.

To date, Android tablet sales have mostly been lackluster. The Motorola Xoom only shipped 440,000 units in its first three months. Samsung’s 7-inch Galaxy Tab fared better, hitting the one million mark before it had been on the market for two months. But there are countless other Android tablets, and none of them are making a big splash in the iPad-dominated space. Many have taken to slashing their prices just to make a tiny grab at the tablet market.

But the Kindle Fire has the ability to change all that.

The failing point of many existing 7-inch tablets as that they thought of the iPad as their competition. But a 7-inch “tweener,” as Steve Jobs dubbed it, is an inherently different device, and Amazon, with the Kindle Fire, has embraced that difference.

The Kindle Fire is a device created for content consumption, not creation — for reading, listening to music and watching video. As such, at least to start, it’ll rely heavily on Amazon’s own apps and services.

Whether Amazon’s 7-inch tablet fires up Android development will depend on the success of the device.

“It’s a bit of a chicken and egg problem,” Gartner analyst Van Baker says. If the tablet is successful with consumers, then it will spur Android tablet development.

But it really doesn’t look like the Kindle Fire will have any problems being successful.

Forrester analyst Sarah Rotman-Epps expects “rapidfire adoption” of the tablet, which will finally give developers a reason to develop tablet apps. Elaine Coleman of Resolve Market Research shares a similar sentiment. The Kindle Fire will elevate Android app development because Amazon has already done such a standout job of establishing itself in the space with customers, and the Kindle Fire has direct access to its built-in app store.

“This will finally give mobile app developers a much stronger alternative and opportunity to develop their apps beyond the Apple App Store,” Coleman says.

What do developers think? Reviews are mixed.

“The Amazon Kindle Fire looks like an amazing product,” says Eric Setton, co-founder and CTO of Tango. As Tango is a video calling service, his product won’t be compatible until Amazon outs a tablet with a front facing camera.

Michael Novak, an Android developer with the GroupMe team, has a number of reservations.

Novak is disappointed that the Kindle Fire supports Gingerbread, rather than Honeycomb, Android’s tablet-specific build. It’s not a big issue, because Google has a compatibility library, but he still feels it’s a let down. He’s also more excited about developing for a 10-inch screen, like that of the Samsung Galaxy Tab 10.1. Unlike in iOS development, he notes that developers need to pay close attention to user experience on these different-sized screens to ensure they take advantage of all each device has to offer.

And existing Android tablets better watch out when they do.

“The Kindle Fire will definitely harm the sales of other Android tablets,” says Baker. So far, 7-inch tablet sales have not been doing well, he says, but what we’ve largely had so far is a piece of hardware without any services behind it. Manufacturers are focused on the hardware features and specs, but that’s not what consumers care about. Consumers want the full ecosystem, something Apple, and now Amazon, are able to provide.

Amazon is bringing far more to the table than its competitors, and will likely dominate the 7-inch tablet market and drive competitors’ prices down. It will also force competitors to adopt more cloud-based services, Coleman says.

The Kindle Fire should give the Android platform a major boost, while simultaneously killing off its many players.