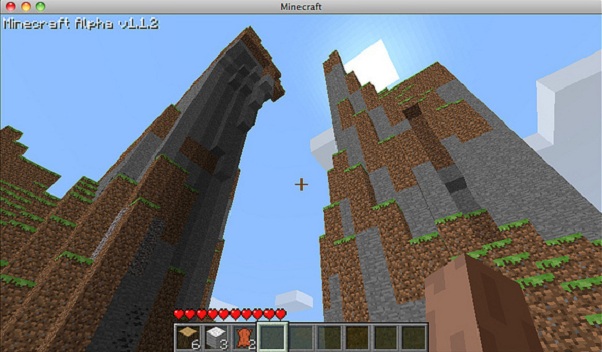 Minecraft creator Markus Persson has been entangled in a controversy with publisher Bethesda for several months.
Screengrab: evilhayama/Flickr

After several months of public bickering, the legal battle between Skyrim publisher Bethesda and Minecraft creator Markus “Notch” Persson may be coming to a close.

In August, Persson wrote on his blog that Bethesda had pursued legal action against him and his company, Mojang, for trademarking the title Scrolls for use in his company’s next game. Bethesda said the title conflicted with its The Elder Scrolls series.

Mojang has won a key battle in the dispute and can continue to use the Scrolls name, Persson said Tuesday.

“We won the interim injunction! We can keep using the name Scrolls,” Persson said on his Twitter account.

“No matter how this plays out, we should still do the Quake game,” he said, referring to his earlier proposal of settling the debate with a round of the Bethesda-published classic shooter.

While Persson said on Twitter that it was still possible for the larger publisher to appeal the ruling, he has indicated that Mojang will continue to defend its game.

“If we’re going to court, I will fight this for as long as it takes,” Persson told Wired.com in August.

Read 3966 times
Published in News Technologique-Tech News
More in this category: « Artist Imagines Deer to Evolve to Have Horn-Mounted Artillery Apple Closing Some Stores During Wednesday Memorial Service »
back to top