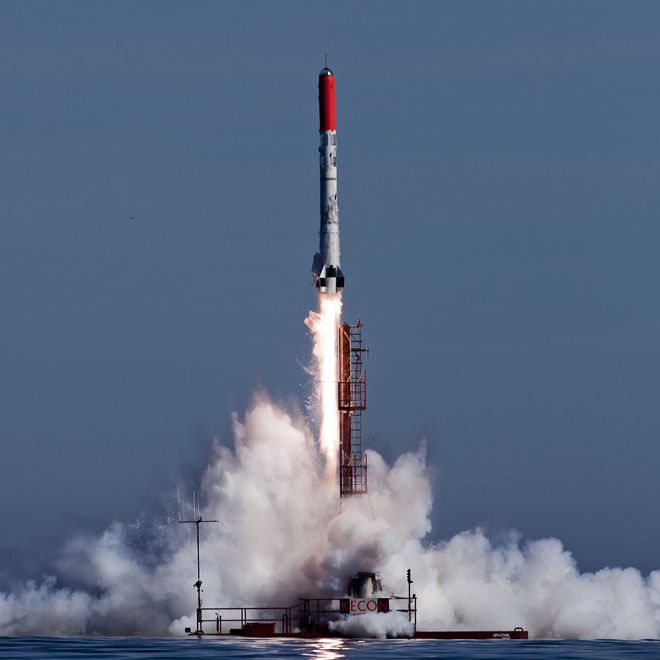 My name is Kristian von Bengtson, and I design and build spacecrafts.

I have so much to show you and share with you. A little over three years ago my life changed. Everything I have learned, taught myself, loved and wanted to do was suddenly merged together in a split second: building my own space rocket with the right partner and crew. The ultimate DIY project.

It was in May 2008 I founded Copenhagen Suborbitals together with my newfound friend Peter Madsen. I met Peter who, like me, was at a crossroads in life in terms of projects. He had just finished his last home-made submarine, and I was back from NASA doing work on space capsules. Within a few minutes we joined forces and inside Peter’s submarine, under water, we planned how to conquer the universe without a single dime in our pockets.

Without any chance of turning in a business plan, with a fraction of sense, to someone with money, we decided just to begin and to make this endeavor an open source and non-profit project. We wanted to leave it to people to decide if they wanted to donate some money.

Today three years later we are blessed with thousands of donors, many sponsoring companies, and about 30 fantastic and hard-working part-time specialists. In June 2011 we succeeded in launching our dummy manned space rocket into the air. It was hand-built at a price of approximately $100,000. It flew! Even though we encountered a trajectory anomaly, we were still able to communicate with the rocket. We were able to shut down the hybrid rocket engine, separate the spacecraft and deploy the parachutes. It was the success we so dearly wanted.

This is not a business, nor is it an attempt to race against being the first doing private space travel in Europe. It is truly a project pushing the limits of a small group of individuals.

Human space flight has always been “untouchable.” It has been for big companies or governments only to take on. But Copenhagen Suborbitals would like to show the world that it can be done by thinking unconventionally in all areas, not only in terms of research and development but also on the financial side. We want to find the old spirit of the pioneer and entrepreneur in ourselves and in the process hopefully inspire as many as possible.

We design and build everything from scratch using ordinary materials. We try to overcome the complex process of making a suborbital space rocket by letting the ordinary and plain be our guide, instead of letting the complex and extreme become our obstacles.

Today is yet a great day. I have been given the privilege to blog here on Wired.com about Copenhagen Suborbitals. I hope you will join me on this journey and never be afraid to send me feedback or even suggest how to solve our challenges. You will see it all. From thoughts and sketches to the actual production as it happens. Hopefully you will get to know how we are thinking and how we are working using classic trial and error processes.

Since you will be joining Copenhagen Suborbitals in the development process, you will see and hear things that might seem ridiculous. And sometimes it is. You might even be scared, frustrated and annoyed. Then please let me know! For now, take a look at www.copenhagensuborbitals.com.

Ten hours ago I arrived in New York City. Peter and I will be representing Copenhagen Suborbitals, which has been nominated for the World Technology Award 2011. Don’t know if we will beat the establishment, and I don’t really care. I am just happy to be back here where I used to live and study and am looking forward to talking to a lot of interesting folks.

And I am looking forward to meeting you again, very soon … right here on Wired.com. 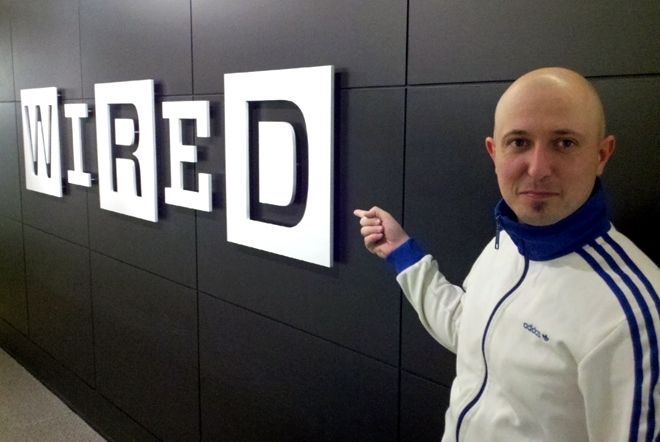