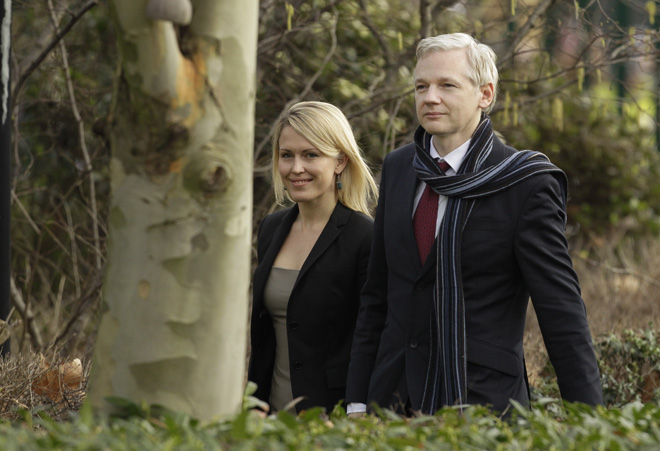 Julian Assange and his lawyer Jennifer Robinson arrive for his extradition hearing at Belmarsh Magistrates' Court in London earlier this year. Matt Dunham/AP

Earlier this month, Assange lost a first appeal after a court ruled that he must return to Sweden to face sex-crime allegations in that country.

Assange has not yet been charged with any crimes but is being sought for questioning in Sweden on rape and coercion allegations stemming from sexual relations he had with two women in that country in August 2010. One woman has claimed that Assange pinned her down to have sex with her and intentionally tore a condom he wore. The second woman claims that he had sex with her while she was initially asleep, failing to wear a condom despite repeated requests for him to do so. Assange has disputed their claims.

According to the British newspaper the Guardian, in order to be granted permission to appeal to the Supreme Court, Assange’s attorneys must show the High Court that his case relates to a point of law that goes beyond Assange. They plan to argue that his extradition is unlawful on two grounds — that the extradition request was made by a “partisan prosecutor working for the executive” and that it’s questionable whether he can be considered “the accused,” and is therefore extraditable, when Sweden has not yet decided if he will be prosecuted. Assange’s attorneys raised the same issues with the High Court during his earlier appeal, but the court rejected them.